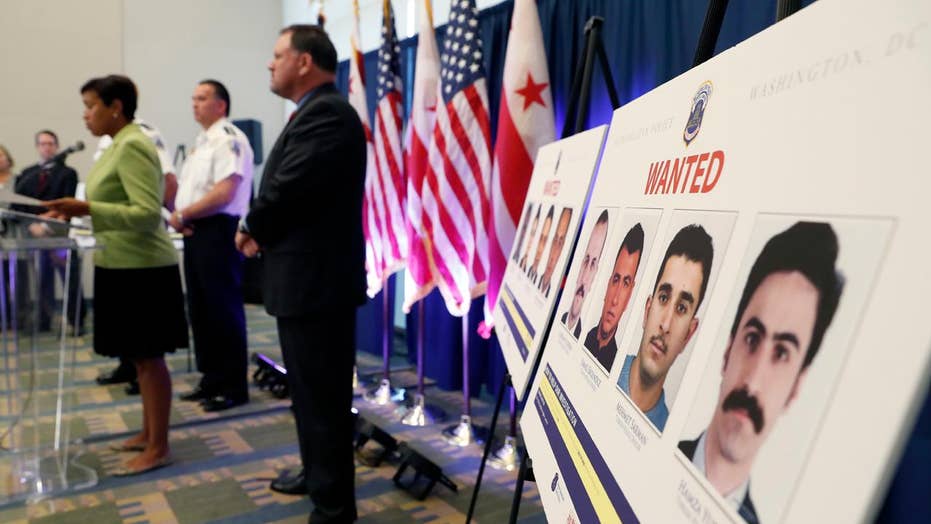 D.C. police have made arrests following clash that occurred during President Recep Tayyip Erdogan's visit in May; Rich Edson reports from the State Department

Police were on the hunt for 14 people, including nine Turkish security agents and three Turkish police officers, in the brawl that broke out in front of the Turkish Embassy in Washington, D.C., during President Recep Tayyip Erdogan's visit in May, officials announced Thursday.

News conference in Washington, Thursday, June 15, 2017, about the May 16, 2017, altercation outside the Turkish Embassy in Washington during the visit of the Turkish president. (AP Photo/Alex Brandon)

Newsham said there are still suspects involved in the May 16 incident that still have not been identified, adding that photos will be released later.

The agents, part of Erdogan's security detail, are in Turkey at this time. It's unclear how the arrests for the officers and agents will be carried out, but D.C. police said they will be taking "necessary steps" to apprehend the individuals. Newsham added that the agents will be arrested if they attempt to enter the U.S.

"We all saw the violence that was perpetrated against the protesters," Newsham said. "We're not going to tolerate this."

Newsman said the warrants were issued by the D.C. police, not the state department.

Erdogan's visit sparked outrage after a video surfaced of Turkish president's security guards and supporters attacking a group of protesters outside the Turkish Embassy. Witnesses said the brawl started when the security detail started attacking people waving the flag of the Kurdish PDY party.

PHOTOJOURNALIST FREED FROM CUSTODY IN TURKEY

The agents were seen on video kicking and punching the protesters, some beating them to the ground. Many were visibly covered in blood. Nine people were hurt in the brawl.

Initially, two people were arrested the day of the incident.

American officials strongly criticized Turkey's government and Erdogan's security forces for the violence; the State Department summoned Turkey's U.S. ambassador to complain. The Turkish Foreign Ministry then summoned America's ambassador to address about the treatment of the detained security guards. Turkey's U.S. Embassy alleged the demonstrators were associated with the PKK, which has waged a three-decade-long insurgency against Turkey and is considered a terrorist group by the United States.

Sen. John McCain, R-Ariz., also said following the altercation that the U.S. should “throw their ambassador the hell out” of the country.