A firefighter works in front of Trump Tower after a fire in New York, April 7, 2018. (Associated Press)

When President Donald Trump expressed thanks via Twitter to New York City firefighters following Saturday’s deadly fire at Trump Tower, he mentioned the fire was “very confined” because the tower was a “well built building.”

New York City Fire Commissioner Daniel Nigro confirmed as much afterward, when talking with reporters after blaze, which killed a 67-year-old resident of a 50th floor apartment.

The cause of the late afternoon fire was still being investigated, but Nigro noted that the apartment belonging to art dealer Todd Brassner, who later died in a hospital, was “virtually entirely on fire,” when city firefighters arrived.

“It was a very difficult fire, as you can imagine,” Nigro told reporters outside the building, in midtown Manhattan. “The apartment is quite large.”

“It was a very difficult fire, as you can imagine. The apartment is quite large.”

Nigro noted that the upper “residence floors” of the 58-story building, which opened in 1983, lack fire sprinklers. 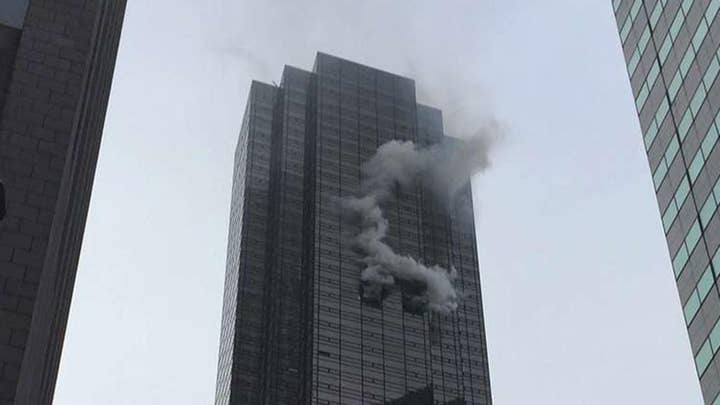 According to the Associated Press, fire sprinklers were not required in New York City high-rises when Trump Tower was completed. Owners of such older residential high-rises are required to install sprinklers only when the building undergoes major renovations.

Some fire-safety advocates in 1999 pushed for a requirement that older apartment buildings be retrofitted with sprinklers, but officials in the administration of then-mayor Rudy Giuliani said that would be too expensive.

Meanwhile, Nigro confirmed that no member of the Trump family was inside the 664-foot tower Saturday.

The first family has an apartment on the top floors of the 58-story building, but President Trump has spent little time there since taking office in January 2017. The headquarters of the Trump Organization is on the 26th floor.

Nigro said firefighters and Secret Service members checked on the condition of Trump's apartment. About 200 firefighters and emergency medical service workers responded to the fire, he said.