Trump plans trip to El Paso shooting site as Dems urge him to stay away
President Trump is planning to visit El Paso, Texas on Wednesday, the city's mayor says, as some Democrats continue to blame the president for the mass shooting there and have urged him to stay away. News of Trump's planned appearance teed up a potentially bitter national political moment just four days after suspected gunman Patrick Crusius, 21, allegedly opened fire at a Walmart and killed 22 people while injuring more than two dozen others. El Paso, Texas Mayor Dee Margo said he is “already getting the emails and the phone calls” from individuals "with lots of time on their hands," but that his focus remains on his community, not politics. 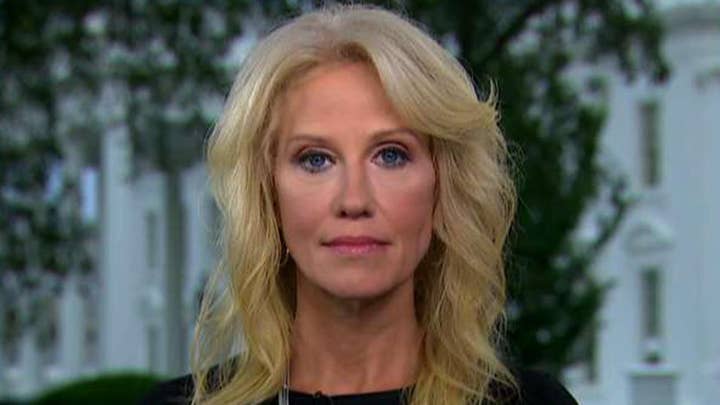 Several Democrats have accused Trump of planting the seeds of hate with racist, anti-immigration rhetoric that led to two mass shootings that left 31 dead in El Paso, Texas and Dayton, Ohio. Other critics accused Democrats of politicizing two tragedies by blaming Trump. The White House has not confirmed Trump's schedule, or whether he will also visit Dayton, Ohio, where a gunman killed nine people over the weekend. But the Federal Aviation Administration has advised pilots of a presidential visit Wednesday to both El Paso and Dayton. 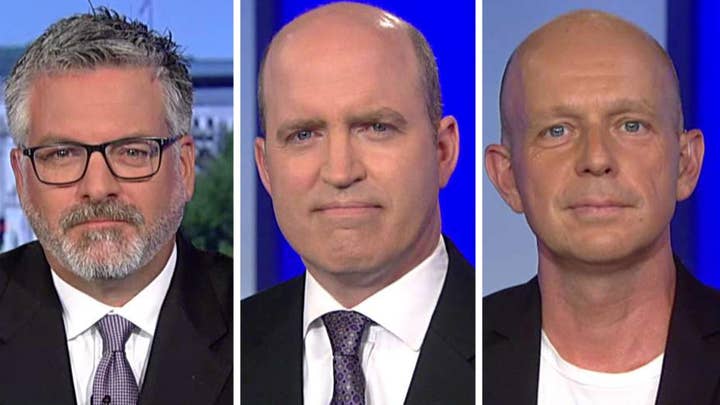 Trump, for his part, on Monday called for reforms at the intersection of mental health and gun laws -- including so-called "red flag laws" to take guns from those deemed a public risk. In unequivocal terms, he also condemned white supremacy, responding to reports that the shooter in El Paso wrote a racist manifesto ahead of the violence. The manifesto specifically said that Trump's rhetoric was not to blame for the shooting, and said the shooter's views "predate" Trump's presidential campaign. 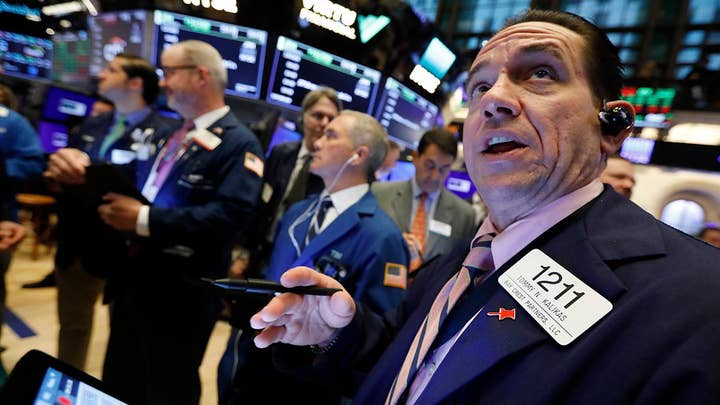 Wall Street looks to bounce back as US-China trade war escalates dramatically
The Treasury Department on Monday officially declared China  a currency manipulator, after the yuan fell to a more than 10-year low against the U.S. dollar. Secretary Steven Mnuchin, with the support of President Trump, determined that China is in fact unfairly influencing its currency – allegations that had been made by the president multiple times throughout the day. The yuan’s movement on Monday combined with the administration’s announcement that it plans to impose 10 percent tariffs on the remaining $300 billion worth of Chinese goods coming into the U.S. next month, sent markets spiraling, leading to their worst day of 2019. U.S. stocks went into freefall on Monday, with the Dow Jones Industrial Average down 900 points at its low before curbing some of those losses, ending the session 767 points lower.

Wall Street will look to recover Tuesday but a rocky road may lie ahead.  The yuan showed signs of stabilizing early Tuesday as futures pointed to a modestly lower open for American equities, with E-Mini S&P 500 futures down 0.3 percent.

Director of the foreign ministry's Arms Control Department, Fu Cong speaks during a press conference at the Ministry of Foreign Affair building in Beijing, Tuesday, Aug. 6, 2019. China said Tuesday it "will not stand idly by" and will take countermeasures if the U.S. deploys intermediate-range missiles in the Indo-Pacific region, which it plans to do within months. (AP Photo/Christopher Bodeen)

China vows response if US deploys missiles in region, arms race feared
A top Chinese military official on Tuesday said Beijing would “not stand idly by” if the U.S. goes forward with deploying intermediate-range missiles in the Indo-Pacific region, raising new fears an arms race. Last weekend, Mark Esper, the U.S. defense secretary, said that he “would like to” place these missiles in Asia, while in Sydney. Australia's defense minister has said that country will not be a base for the missiles. It was not clear when these missiles would be put into place, but one senior official from the U.S. told Reuters that it would be years away. Esper made the comments after the U.S. withdrew from the Intermediate-Range Nuclear Forces arms control treaty with Russia last Friday.

California sued over law blocking Trump from ballot over tax returns
Four voters in California, along with the conservative transparency group Judicial Watch, announced Monday they have filed a federal lawsuit against the left-wing state, alleging its new law aimed at strong-arming President Trump into releasing his income tax returns is patently unconstitutional. Democratic Gov. Gavin Newsom signed the law known as the "Presidential Tax Transparency and Accountability Act" last week. Its provisions would require Trump and other presidential primary candidates to file their tax returns for the most recent five years to the California secretary of state by November 26 or be excluded from the March 3, 2020 presidential primary ballot. The law does not apply to the general election, so Trump would still appear on the November 2020 California presidential ballot if he secured the national Republican Party nomination.

New York Times changes Trump headline after Dems complain
A New York Times headline about President Trump’s remarks on the recent mass shootings in El Paso and Dayton drew condemnation online-- including some Democratic presidential candidates-- and was subsequently changed online late Monday. The newspaper summarized Trump’s comments, in which he denounced hate and white supremacy, with the headline “Trump Urges Unity vs. Racism” on the front page of its first edition.A photograph of Tuesday’s first edition was tweeted out by journalist Nate Silver Monday night and was quickly slammed by critics who accused The Gray Lady of inaccurately representing Trump’s comments.

Prominent Democrats in Washington also took aim at the Times, including New York Rep. Alexandria Ocasio-Cortez. “Let this front page serve as a reminder of how white supremacy is aided by - and often relies upon - the cowardice of mainstream institutions,” the freshman congresswoman tweeted. Presidential candidates, many of whom blamed Trump’s rhetoric for the El Paso, Texas, shooting that left at least 22 dead, also decried the headline. New York Sen. Kirsten Gillibrand tweeted, “That’s not what happened.”

MINDING YOUR BUSINESS
Amazon beware: FedEx and UPS have a plan to compete on the weekend.
New York City businesses struggle after minimum wage increase.
Warren Buffett's Berkshire Hathaway has more cash than ever: Here are companies he could buy. 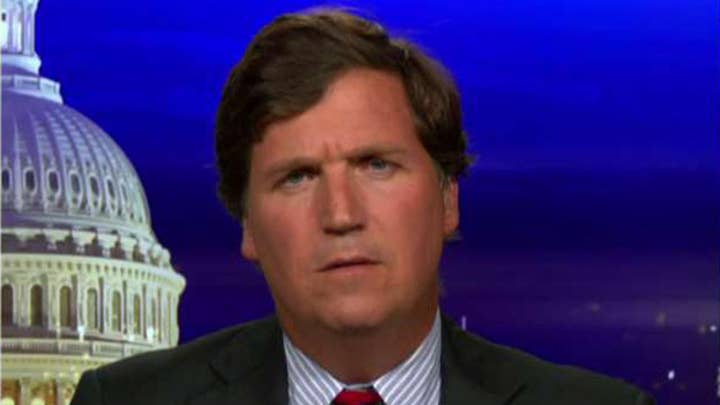 Tucker Carlson gives his take on the real root of the problem of mass shootings in America.