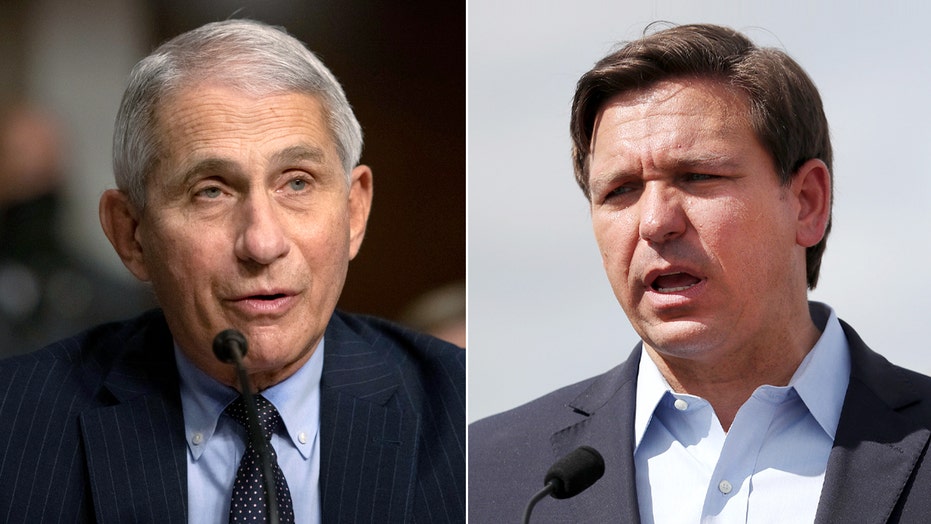 From SNL to The View to the meltdown over Ron DeSantis' comments to teenagers this week, the masking debate isn't going away.

A truck convoy headed to the outskirts of Washington D.C., to protest COVID-19 mandates and restrictions, among other issues, departed Northern California on Tuesday night in what is expected to be a five-day journey across the country.

Thousands of truckers began traveling this week in a series of convoys from different departure points as part of the American Trucker’s Freedom Convoy. The California convoy left Fresno and was traveling through Quartzsite, Arizona by Wednesday afternoon, said Erica Knight, a spokeswoman for the Great American Patriot Project, a political action committee that has partnered with event organizers.

The convoy is one of several making their way to or near Washington after two years of COVID-19 mandates, and to voice frustration with several issues, including illegal immigration, big tech companies and energy costs.

"It's really the government overreach… the mandates were and have been a big thing but this has really crossed beyond that over the last two years," Knight told Fox News.

The Fresno convoy is slated to arrive in Thornburg, Virginia, about 65 miles south of the capital, on Sunday. Their destination will be the Dominion Speedway, a motorsport complex, which will host a trucker tailgate and concert.

Images provided to Fox News show the drivers being greeted on the side of roads and on freeway overpasses by supporters.

Many truck convoys began departing various states last week. Some of the organizers plan to meet with lawmakers in Washington, Knight said, to talk about a variety of issues, specifically energy costs.

"Right now we're depending on Russia for oil and they're doing what they're doing," Knight said, referring to Moscow's invasion of Ukraine. "Why are we outsourcing our oil to a dictator that's starting a war right now?"

Bob Bolus, who owns a trucking company, led a convoy from Scranton, Pennsylvania last week. He told Fox News at the time that the truckers were simply asking for their rights to be reinstated. 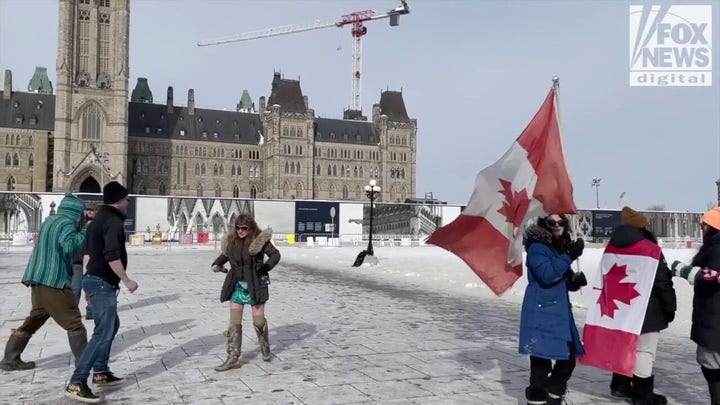 "What they're seeing today is just a prelude of what's going to come if they don't sit down and listen to us and get rid of these restrictions," he said. "Because then we'll shut the country down. We control this country. Not the government."

The protests come after thousands of truckers in Canada rallied and clashed with authorities for weeks in the country's capital last month over COVID mandates.