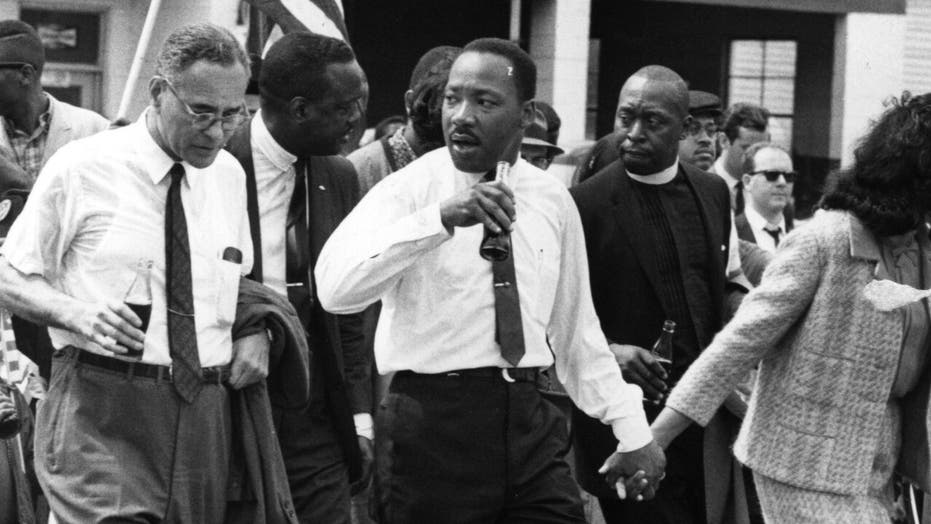 This Day in History: March 25

Take a look at all of the important historical events that took place on March 25.

1965: The Rev. Martin Luther King Jr. leads 25,000 people to the Alabama state capitol in Montgomery after a five-day march from Selma to protest the denial of voting rights to blacks.

Just after he asked the Governor of Alabama to pardon the nine youths held in the Scottsboro case, Samuel Leibowitz, New York attorney, conferred with seven of the defendants, May 1, 1935, at the Scottsboro jail. Left to right are: Deputy Sheriff Charles McComb, Leibowitz, and the defendants, Roy Wright, Olen Montgomery, Ozie Powell, Willie Robertson, Eugene Williams, Charlie Weems, and Andy Wright. The youths were charged with an attack on two white women on March 25, 1931. (AP Photo)