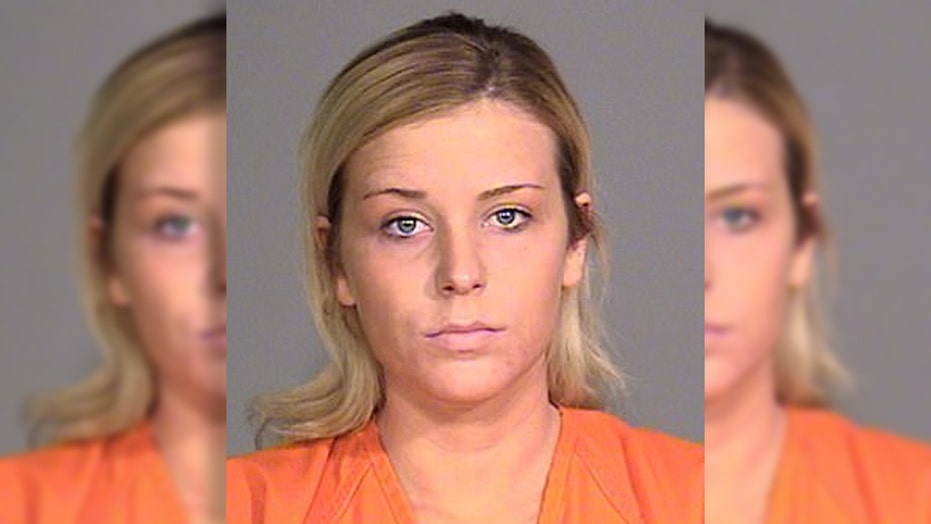 A Texas bartender accused of serving an intoxicated man who later went on to kill 8 people during a shooting rampage at a football watch party in 2017 was charged Tuesday with a misdemeanor.

Lindsey Glass, 27, was arrested Tuesday and faces a fine up to $500, a year in jail, or both, after allegedly violating a Texas Alcoholic Beverage Code that restricts "sale to certain persons."

"A person commits an offense if the person with criminal negligence sells an alcoholic beverage to an habitual drunkard or an intoxicated or insane person," according to the code.

Glass worked at the Local Public House in Plano, where Spencer Hight showed up on the night of Sept. 10, 2017, and was served despite displaying signs of intoxication at the bar.

Lindsey Glass, 27, worked at the Local Public House in Plano, where she allegedly served Spencer Hight after he was already intoxicated before he went on to kill 8 people at a football watch party. (Collin County Sheriff’s Office)

In a Texas Alcoholic Beverage Commission report obtained by NBC5, Glass had texted another bartender saying that Hight was in the bar earlier that day and "had 2 gins and he only had 2 beers and a shot when he came back [sic] I think he was at another bar while he was gone."

She sent another text that read, "Spencer has a big knife on the bar and is spinning it and just asked for his tab and said I have to go do some dirty work ... Psychoooooooo," according to the report obtained by NBC5.

A football-viewing party in Plano, Texas turned deadly when a gunman opened fire and killed seven and injured two people. The first responding police office engaged in a shootout with the suspected gunman.

Hight left the bar and barged into the home of his ex-wife, Meredith Hight, killing 8 people before he was shot and killed by police. The Collin County medical examiner's office found that Hight had a blood alcohol level of 0.33 during the shooting, which is about four times the state's legal limit for driving. Police said that Glass did later follow Hight to the home and called 911 before leaving, but it wasn't soon enough.

The victims' families have since filed a lawsuit against the bar for negligence for overserving Hight. The lawsuit states that Hight was stumbling around the bar and “ran into a large picnic table on the patio hard enough to move the table. He staggered back inside and again took a seat at the bar."

The defendants have denied the allegations.

In a settlement with the TABC last year, Local Public House agreed to give up its liquor license after the shooting. Under the settlement, the bar's permit holder didn't admit to wrongdoing.

"This case shows the critically important role that TABC-licensed businesses play in upholding public safety," said Bentley Nettles, the commission's executive director. "Anyone, including customers, business owners, or employees, should contact their local police any time they suspect a threat to the public. In some cases, shootings like this can be stopped before a life is lost."

Local Public House's attorney, Ryan Hughes, declined to comment to the Associated Press at the time.