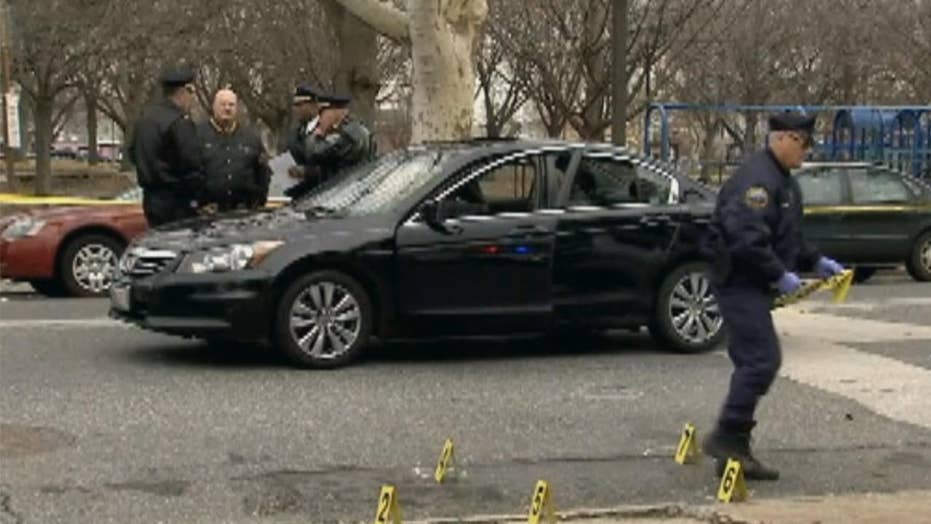 Terrorism was being eyed as a possible motive after a man in a black Honda hit a pedestrian Monday morning in Philadelphia, seriously injuring one person before being shot in the head by an off-duty cop, officials said.

The 31-year-old driver, who wasn’t immediately identified, was prounced dead at 10:15 a.m. at a hospital, police said. The driver was initially in “extremely critical condition” after the incident.

Philadelphia Police Commissioner Richard Ross Jr. said at a news conference Monday evening that while initial reports said the driver attempted to hit multiple people with his car, police have been "unable to confirm that he was trying to strike several people."

Ross said he doesn't believe the driver was armed.

“Anytime someone is trying to run people over we got to look at that angle and see what the investigation leads us,” a police spokesman earlier said. Authorities said they were reviewing videos of the incident and looking for more witnesses for additional information.

The police officer, a detective who hasn't been named, will be placed on administrative duties pending an investigation, the commissioner said. The officer suffered minor injuries in the incident and has since been released from the hospital

Police were alerted about 7:30 a.m. to a reckless driver. The driver struck one person, who then flipped onto the hood of his car.

Ross said he was concerned with the number of shots the detective fired.

The off-duty officer happened to be in the area when the commotion happened and intervened. The driver "immediately gets aggressive against the off-duty officer" which prompted the cop to fire his service weapon, Philadelphia Police Captain Sekou Kinebrew said.

The off-duty officer reportedly made a verbal warning before firing his gun, according to Fox 29.

The 40-year-old pedestrian who was struck was taken to the hospital and treated for minor injuries, The Philadelphia Inquirer reported.