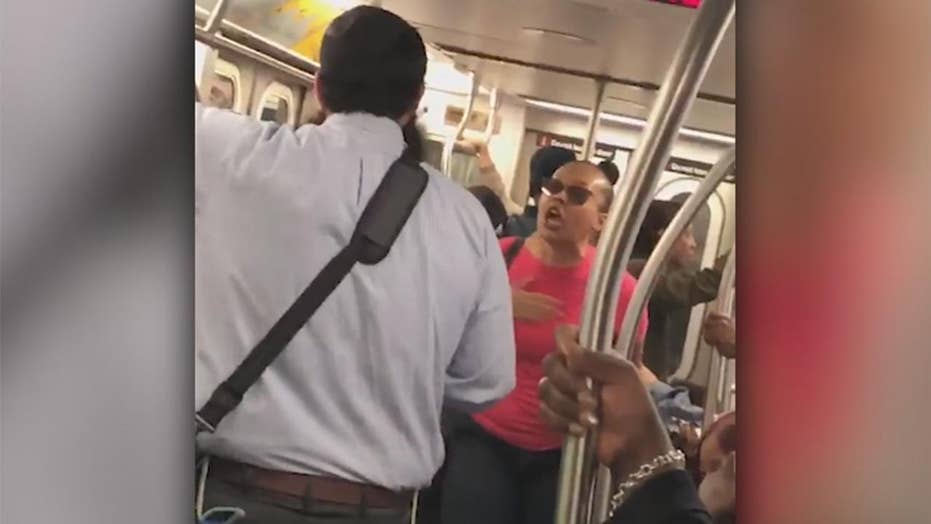 Woman says 'Judaism is not a race' in NYC subway outburst

Raw video: Intense confrontation caught on camera on New York City subway after an argument over someone not giving up a seat for a woman with three children.

Two New York City subway riders were caught screaming at each other about race and religion during the rush-hour commute last week.

A black woman and a Jewish man got into a shouting match Thursday morning over subway etiquette on a train headed for the Bronx, according to the New York Daily News.

“You said I'm being racist, so you tell me who I'm being racist towards,” one woman shouted. “Because you're Jewish, and I said if a Jewish family got on here, somebody would have gotten up. That's not a racist statement! That is a factual statement!”

The woman then said the man needed to learn the difference between race and religion. The man attempted to calm the woman down, but things only got more heated.

The screaming match then turned into the woman charging Jewish building owners with refusing to rent apartments and homes to black people.

It’s unclear what exactly triggered the argument and if any of the matters were resolved.