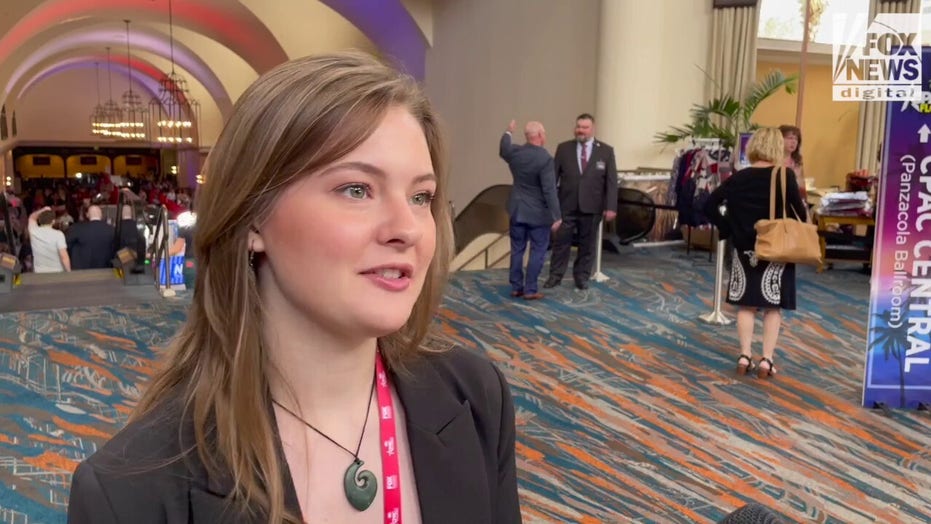 ORLANDO – College-age attendees at the Conservative Political Action Conference (CPAC) in Orlando spoke with Fox News about what it’s like to be a young conservative in America today.

"Being a young conservative is really hard nowadays," said Madeline, a student at Ohio Northern University. "You really have to have a lot of guts to put up a big fight. You're fighting not only your peers, but also the big institutions that are after you, that are trying to silence you,"

For all the pushback some students feel, others told Fox News they won’t be silenced by those who oppose their conservative beliefs.

"There's always going to be a few people who say things about you, but at the end of the day, you just have to stand up for what you believe in and fight for what's right," Eric said.

TRUMP, DESANTIS AMONG SPEAKERS ANNOUNCED FOR CPAC IN ORLANDO

Joseph, a student at East Carolina, told Fox News he felt "scorn" from professors for expressing his conservative viewpoints but that he feels a responsibility to create a positive environment for future generations, which he believes is rooted in conservative principles.

"And so it's kind of on us to make sure that we're charting the course and that we're supporting the people and the policies … that are going to make this country prosper," he continued.