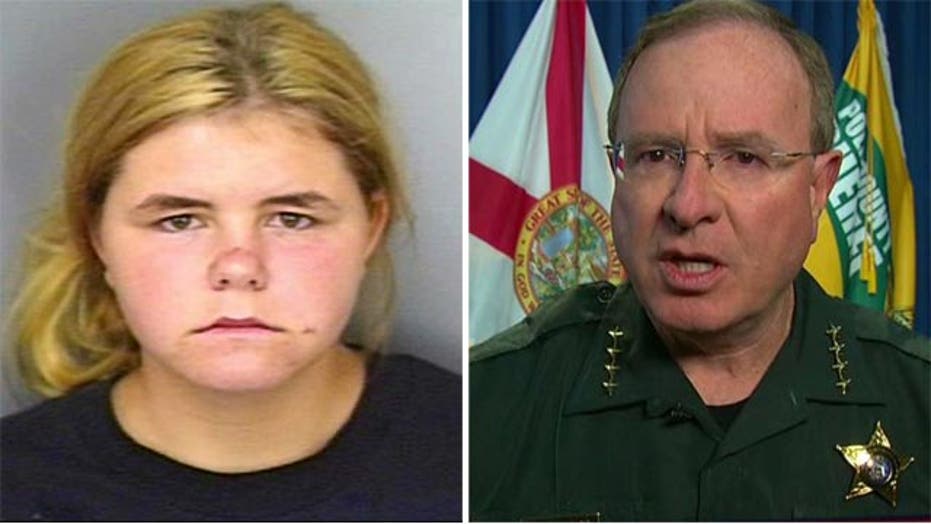 The stepmother of one of the Florida girls arrested in the bullying of another girl who later killed herself was released from jail after a judge reduced the bail amount.

The Ledger reported that Vivian Vosburg was released after a county judge reduced her bail from $300,000 to $14,000. The charges came after authorities received tips about a video posted on Facebook that allegedly showed Vosburg punching several children in the view of other youngsters, according to a news release from the sheriff’s office. She was reportedly charged with two counts of child abuse.

Vosburg told police she was simply breaking up a fight, the release said.

The sheriff's office confirmed that Vosburg lives with her stepdaughter and claims to be her mother, although she actually was the "significant other" of the teen's father.

Police said there was no connection between the abuse charges and the bullying case that resulted in the suicide of 12-year-old Rebecca Sedwick, who killed herself after she was allegedly abused verbally and physically by several girls, including Vosburg's stepdaughter.

But in discussing the video with authorities, Polk County's Sheriff Grady Judd suggested that a violent home environment could have rubbed off on Vosburg's stepdaughter.

"The apple doesn't fall far from the tree," Judd said. "The bullying we saw from (the stepdaughter) certainly could have been a byproduct of what occurs, apparently as a routine, in the home."