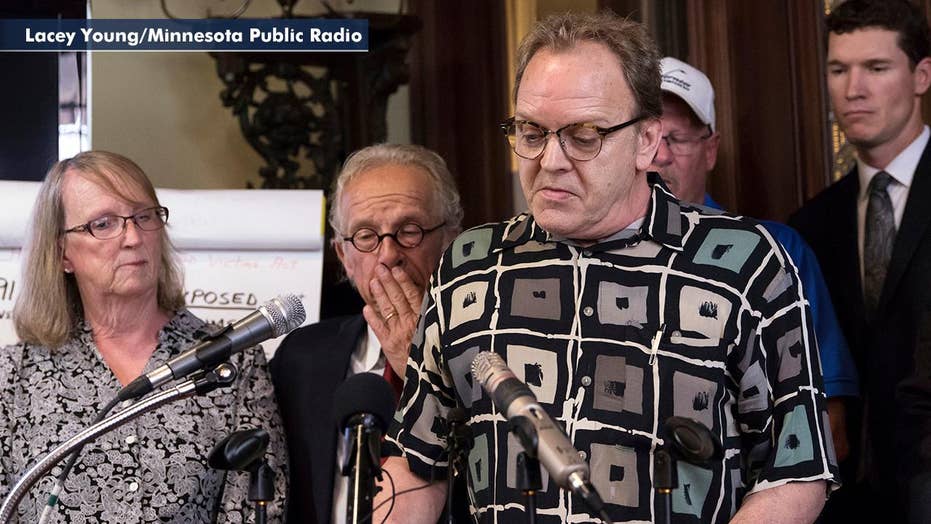 Archdiocese of St. Paul to pay $210 million to abuse victims

The settlement with 450 victims of clergy sexual abuse is the second-largest payout in the scandal that rocked the nation's Roman Catholic Church.

ST. PAUL, Minn. – The Archdiocese of St. Paul and Minneapolis announced a $210 million settlement Thursday with 450 victims of clergy sexual abuse as part of its plan for bankruptcy reorganization, making this the second-largest payout in the scandal that rocked the nation's Roman Catholic Church.

Victims' attorney Jeff Anderson said the money, a total of $210,290,724, will go into a pot to pay survivors, with the amount for each survivor to be determined.

Anderson said a formal reorganization plan will now be submitted to a bankruptcy judge for approval, and then it will be sent to the victims for a vote. Anderson expected they will readily approve it.

"We changed the playing field," said Jim Keenan, who was sexually abused as a child in the 1980s by a Twin Cities-area priest. "They have to listen to victims now, and that is huge."

Marie Mielke, who was sexually abused from 1997 to 2000 by a St. Paul seminarian who later became a priest, urged fellow survivors to have the courage to stand up.

"Power and healing is just as true as the evil that's out there," she said. "So get up and grab it."

Archbishop Bernard Hebda said he was grateful to victims who came forward.

"I recognize that the abuse stole so much from you, your childhood, your innocence, your safety, your ability to trust, and in many cases, your faith," he said, adding that he hopes the settlement brings closure to those who were harmed. "We've been working with them very carefully to try to formulate this in a way that benefits them to the maximum."

According to the website BishopAccountability.org, which tracks clergy sex abuse cases, this is the largest total payout among the Roman Catholic archdioceses and dioceses that have filed for bankruptcy protection. But the largest total payout of any kind came in 2007, when the Archdiocese of Los Angeles settled clergy sex abuse cases with 508 victims for $660 million.

Thomas Abood, chairman of the Archdiocesan Finance Council and Reorganization Task Force, said the settlement will be outlined in greater detail when it is filed in court. But he said most of the funding, roughly $170 million, will come from insurance carriers. The rest will come from parishes, the archdiocese, a pension fund and real estate sales.

"We will do everything we can to expedite it," Abood said, adding that he hopes the process can be completed in the next few months. "We have gone everywhere we could to raise money for this settlement."

The archdiocese filed for bankruptcy in 2015, two years after the Minnesota Legislature opened a three-year window that allowed people who had been sexually abused in the past to sue for damages. That resulted in hundreds of claims being filed against the archdiocese.

The bankruptcy case proceeded slowly as attorneys argued over how much money the archdiocese and insurance companies should pay. Last December, U.S. Bankruptcy Judge Robert Kressel rejected competing reorganization plans filed by the archdiocese and a creditors' committee and ordered both sides back into mediation.

Pamela Foohey, associate professor at Indiana University Maurer School of Law, said this settlement speaks to the value of negotiations — as the settlement amount is about $50 million more than the original plan put forth by the archdiocese.

"It allows survivors to feel like justice was served and ... having a voice was really important to accepting the outcome," she said. And, in going back to the table, the victims' advocates were able to secure more money from insurance carriers, showing that victims don't have to take what's given because further negotiations "might show that they have more than they are saying they do."

Fifteen Catholic dioceses or archdioceses across the country have filed for bankruptcy, including three in Minnesota, as they sought to protect themselves from growing claims of sexual abuse by clergy members. A fourth Minnesota diocese, St. Cloud, announced its intention to file in February but hasn't done so.