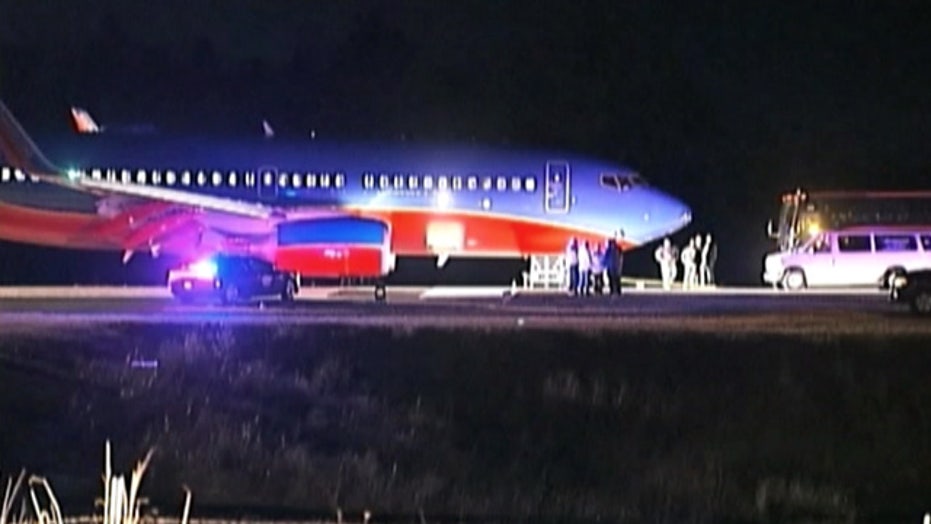 Southwest Airlines has grounded the pilots of a plane that landed at the wrong airport in Missouri.

Airline spokeswoman Brandy King said Monday that the captain and first officer were removed from flying duties while the airline and federal aviation safety officials investigate the mistake.

Meanwhile, the plane took off around 3 p.m. Monday, headed to Tulsa, Okla. for fueling, officials said.

King says the captain is in his 15th year flying for Southwest.

Hawkins did not have information on why the plane went to the wrong airport.

"The landing was uneventful, and all customers and crew are safe," Hawkins said.

It's the second time in less than two months that a large jet has landed at the wrong airport. In November, a Boeing 747 that was supposed to deliver parts to McConnell Air Force Base in Wichita, Kan., landed 9 miles north at Col. James Jabara Airport. That plane was flown by a two-person crew and had no passengers.

Flight tracking website Flightaware.com said the Southwest flight landed at 6:11 p.m. Sunday. It was partly cloudy and in the high 50s in Branson at that time.

"Our ground crew from the Branson airport arrived at the airport to take care of our customers and their baggage," Hawkins said.

Flight 4013 had been scheduled to go from Branson to Dallas' Love Field. Hawkins said a plane was flown in specifically to Branson Airport around 10 p.m. to take the passengers and crew to Dallas, which flightaware.com showed landed at 11:42 p.m.

Hawkins said the aircraft at M. Graham Clark Downtown Airport is able to take off on the smaller runway, and Southwest expects to fly it out "as early as tomorrow morning."