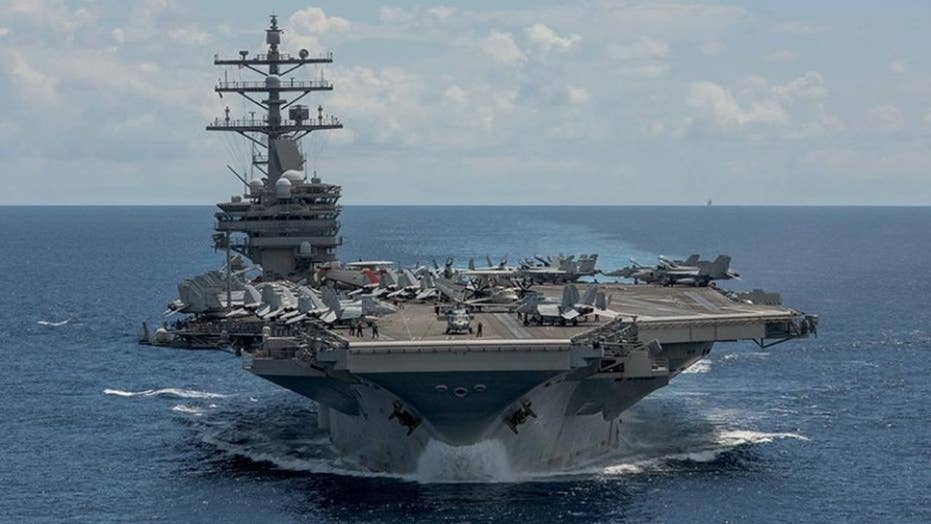 US Navy to run rare 3-carrier military exercise in Pacific

Rep. Kinzinger reacts to the U.S. show of force amid the crisis in North Korea.

South Korean naval vessels will join the U.S. in a rare military drill that will feature three U.S. aircraft carriers in the western Pacific later this week.

The USS Ronald Reagan, based in Japan; the USS Theodore Roosevelt, based in San Diego; and the USS Nimitz, based at Naval Base Kitsap at Bremerton, Washington, are all participating in the exercise from Saturday through next Tuesday.

South Korea’s military announced its participation on Friday. The drill is an effort to show North Korea the country’s military strength and capability to respond as the nuclear threat continues to loom in Pyongyang, reported the news outlet.

The three aircraft carriers are expected to link up in the Sea of Japan later this week off the Korean Peninsula, a U.S. defense official tells Fox News.

Fox News’ Lucas Tomlinson and The Associated Press contributed to this story.