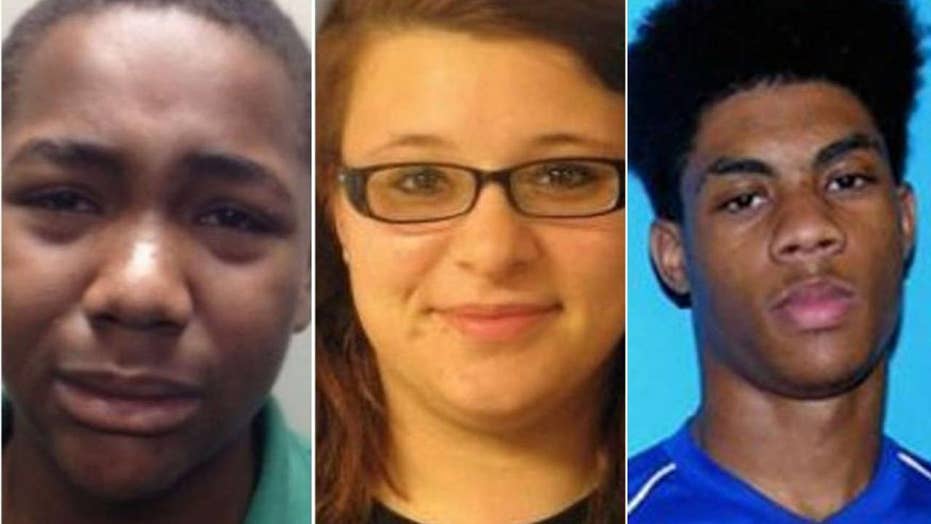 Three Mississippi teens are facing kidnapping and sexual assault charges in connection to a video that was recorded on Facebook Live and was watched by thousands, authorities said.

Authorities responded to a report of an assault at a Gulfport home late Tuesday. Authorities discovered the video that recorded the alleged sexual assault.

The video begins inside a bathroom with a man demanding oral sex from the woman. Others in the background also demand that the woman performs the sex act, The Clarion-Ledger reported. A female could be heard saying that the alleged victim could not leave until she performed the act.

She said: "She ain't going home” and that the woman is going to perform the sexual acts “until her throat swells up.”

Johnson recorded the alleged sexual and physical assault of a 23-year-old woman at Hudson’s home and will be charged as an adult, Gulfport Police Chief Leonard Papania said in a news conference Wednesday.

Facebook user Tiffany Hailey told The Clarion-Ledger she watched the video in real-time on Facebook and shared a copy of it urging her friends to reach out to the woman who looked like she was in trouble.

The video has been removed from the social networking site, but had been shared more than 1,500 times and attained 84,000 views, according to the New York Post.

Papania said he expected the disturbing trend to continue.

“I wish people would look at just how warped our society has become,” he said. “We videotape pain and suffering, then we share it and we view it over and over. And I don’t doubt this story will be dead in two days and everybody [will] move on to something else and you still have a victim of a crime.”

According to The Clarion-Ledger, the victim in the alleged assault has special needs. Papania said the claims will be investigated and said additional charges could come if the claims are substantiated.

Investigators believe Johnson and Hudson knew the victim prior to the incident.