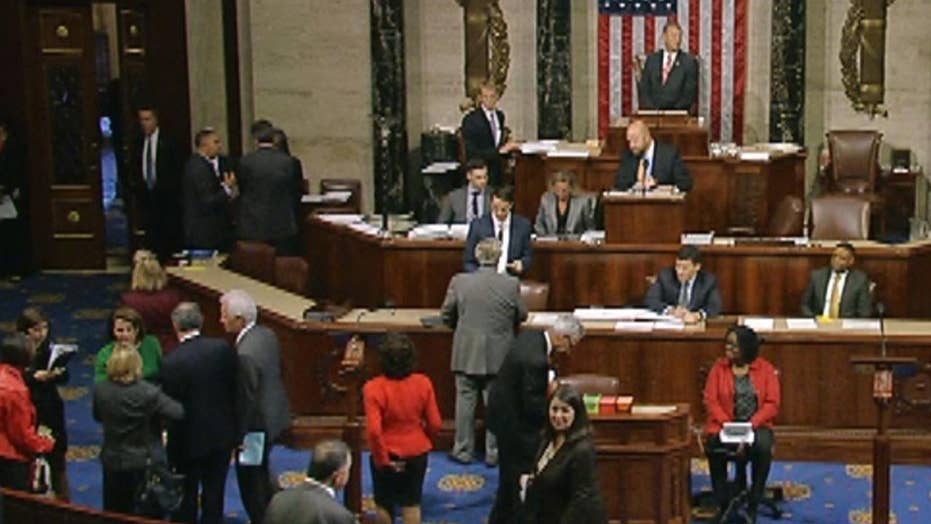 A woman whose husband was killed in the Sept. 11, 2001 terror attacks filed a lawsuit against Saudi Arabia Friday, two days after Congress passed a law allowing Americans to sue foreign governments over their alleged roles in terror attacks.

Stephanie DeSimone filed the lawsuit in U.S. District Court in Washington D.C. Her husband, Navy Cdr. Patrick Dunn, was killed when American Airlines Flight 77 crashed into the Pentagon. DeSimone, then known as Stephanie Dunn, was two months pregnant with the couple's first child.

DeSimone's lawsuit, which was first reported by Bloomberg, alleges that the Saudi government provided material support to Al Qaeda and its leader, Usama bin Laden. She is seeking unspecified damages for wrongful death and intentional infliction of emotional distress.

Fifteen of the 19 hijackers who commandeered passenger flights to use in the attack were Saudi.

On Wednesday, both houses of Congress overwhelmingly overrode President Obama's veto of the bill, which allows families sue in U.S. court for any role that elements of the Saudi government may have played in the 2001 attacks. Courts would be permitted to waive a claim of foreign sovereign immunity when an act of terrorism occurred inside U.S. borders.

The following day, Republican leaders acknowledged the law may have been flawed, with House Speaker Paul Ryan, R-Wis., saying "there may be some work to be done" to make sure it doesn't lead to U.S. service members overseas being sued.

The White House had warned that it could have a chilling effect on Saudi Arabia's cooperation with the U.S. in fighting terrorism. Senior national security officials also argued that it could trigger lawsuits from people in other countries seeking redress for injuries or deaths caused by military actions in which the U.S. may have had a role.

But top lawmakers said the White House didn't press those warnings until it was too late and the popular bill was already barreling its way through Congress. Other lawmakers acknowledged that they didn't pay much attention to the bill.