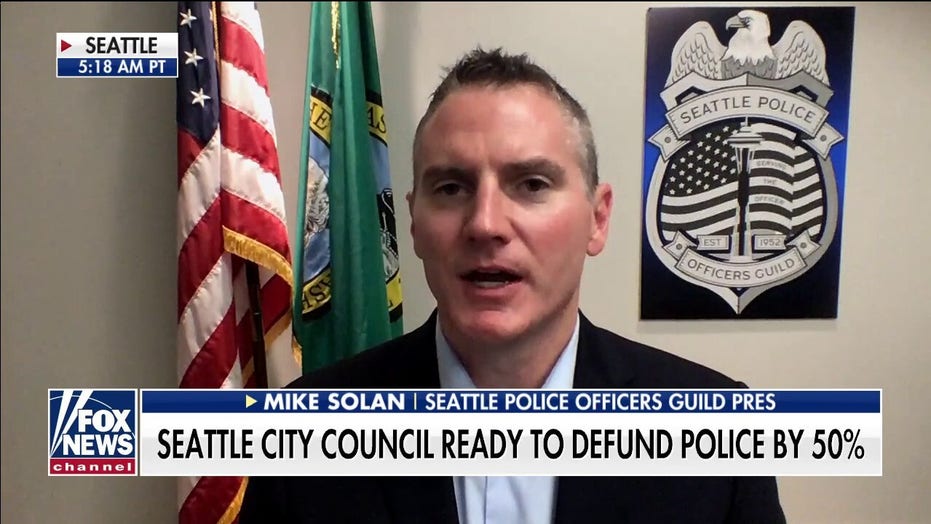 Seattle police Chief Carmen Best on Friday accused the City Council of recklessness and “political pandering” by advocating to slash her department’s budget by 50 percent, arguing that cutting funds to that extent would be asking citizens “to test out a theory that crime goes away if police go away.”

“These 2020 cut scenarios by the Council are political gestures, however, not realistic or rational solutions. SPD is absolutely committed to transforming the department and has already started the process. But if we are asked to cut 50 percent of our department overnight, we will be forced into decisions that do not serve our shared long-term goal of re-envisioning community safety,” Best wrote in a letter addressed to Seattle Mayor Jenny Durkan on Friday.

“I will fiercely advocate that we focus on realistic, rational and responsible solutions – not political gestures or pandering or political posturing,” the chief added in a video address to officers posted to YouTube on Friday. “I do not believe we should ask the people of Seattle to test out a theory that crime goes away if police go away. That is completely reckless. It’s an abdication of the duty every leader of this city swears to when they take their oath of office.”

Best said the proposed police budget cuts would lead to either the transfer or termination of 50 percent of the department's total workforce. The agency would also lose more than 50 percent of its own officers who identify as Black, Indigenous and People of Color (BIPOC).

So far, seven out of the nine members of Seattle City Council have voiced support for the goal to decrease the city’s police budget by 50 percent, according to the Seattle Times. It takes six votes to pass legislation related to the city budget and overrule a mayoral veto.

Council members Lisa Herbold, Dan Strauss and Andrew Lewis became the latest on Thursday to throw their support behind a proposal introduced by Decriminalize Seattle and King County Equity Now.

The two new coalitions formed in the aftermath of the Capitol Hill Organized Protest, or the CHOP. Hundreds camped out and held space in six city blocks for nearly three weeks in June until at least four shootings and two deaths drove city officials to break up the “no-cop co-op” and reclaim the East Precinct left abandoned following violent clashes between officers and protesters earlier in the month.

Black Lives Matter protesters have advocated for defunding police departments around the country following the death of George Floyd in Minneapolis on May 25.

Durkan, a Democrat, has not supported slashing the city’s police budget by 50 percent, but, last month, the mayor did propose a $20 million cut to the police budget for the remainder of 2020 to offset the costs of the coronavirus pandemic.

“The proposed $50 to $80 million additional council budget cuts, together with the identified $20 million cut, represents a 100 percent cut in the total budget for the fourth quarter. The only way we can achieve that level of cut within the last four months of the year is to terminate or transfer approximately 1,100 employees – or over 50 percent of our total workforce. This would leave us with about 630 deployable sworn members in the department,” Best said in her letter to Durkan on Friday.

“The department has made a conscious effort to hire employees, both sworn and civilian, who represent the diversity and values within our community,” the letter said.

“Cuts this deep mean we would lose more than 50 percent of our (BIPOC) officers. These officers’ life experiences make us a better department and community,” Best wrote, including a bar graph representing “Loss of Officer Diversity at 50 percent Reduction.”