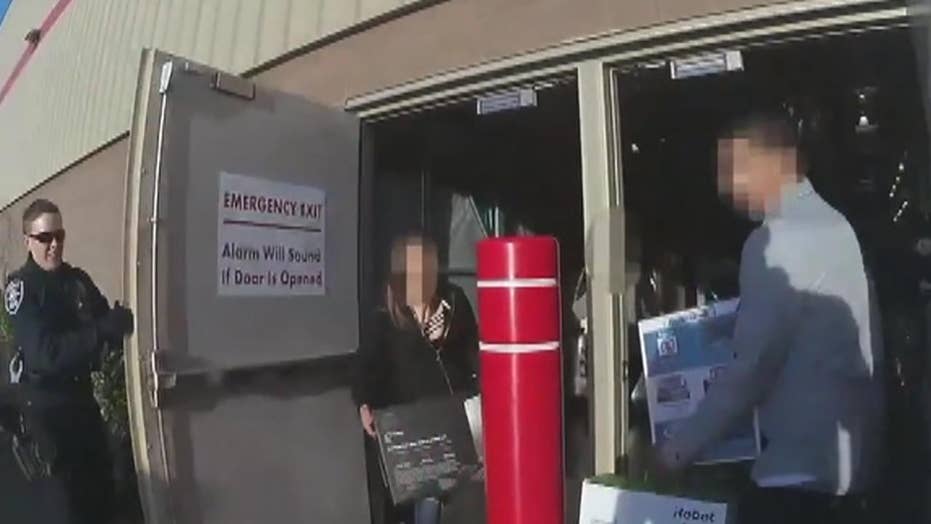 Seattle police officers were waiting at a fire exit when two shoplifters tried to run out of a Costco with vacuum cleaners and laptops under their arms.

The officers went to the Costco Wednesday in respone to a call of a burglary, the Seattle Police Department said in a statement.

Loss prevention officers from the store said one of the suspects was familiar. They believed the person may have stolen from the store before. Security personnel told police the suspect had also been seen carrying a knife in the prior incidents.

When officers arrived at the scene, they found a black vehicle with an 18-year-old female inside. Body cameras captured the officers interviewing the teen and blocking the car from leaving and then waiting when a 30-year-old man and a 21-year-old woman burst through the fire exit with the stolen laptops and vacuum cleaners.

Police immediately detained the two suspects who appeared to be shocked by the officers’ presence. Loss prevention staff said the two suspects also stole items from a different Costco earlier that day. The stolen items were worth about $2,200. Officers also found the man in possession of a 7-inch knife.