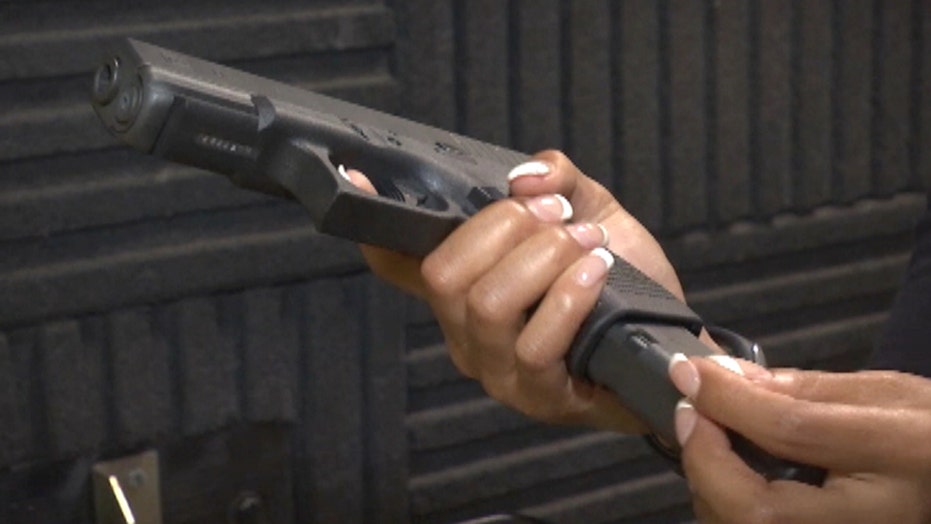 Teachers may be packing in South Carolina

After a 14-year-old shot and killed a six-year-old student on the grounds of an elementary school, a South Carolina lawmaker is drafting legislation that would allow teachers to take up arms.

“It would incorporate mostly live shooter scenarios. So then teachers are familiar with how to approach that gunman on campus, how to interact with getting children away from... danger situations and how to confront that until law enforcement arrives,” said Putnam.

Putnam’s goal with the new legislation is to prevent any future school shootings throughout South Carolina. If it takes effect, it would make the state one of more than a dozen to allow teachers to carry on school grounds.

“I’m very comfortable with guns and I think there are people who can handle a gun in a school situation,” O’Neal said.

O’Neal, who grew up in a home with guns, knows the dangers of having a weapon and believes teachers with proper training would improve safety in schools. Still, she said it would take plenty of preparation.

“I believe it will take a lot of planning and a lot of scrutinizing before it just hops on to campus,” O’Neal said.

But Dr. Jacqueline Persinski, another teacher in South Carolina, is against legislation arming teachers.

Persinski said in a statement to Fox News: “I am against having teachers carrying weapons on school campus. I fear something tragic is more likely to occur by having the weapon on campus and it getting into the wrong hands.”

She instead believes school resource officers (SRO) responsible for security and crime prevention in schools are adequate enough to handle potential school shootings.

“Our police officers are trained by profession to handle hostile situations, and teachers are not," Persinski said. “If a situation were to occur, I believe our SRO and police are well-trained and fully capable of managing it effectively and efficiently. Teachers are trained to protect students in lockdown procedures and will protect the students until police arrive. Using weapons is completely different. “

Bernadette Hampton, a former math teacher and president of the South Carolina Education Association, also feels using weapons can have an adverse affect.

“I think this is opening doors for risk,” Hampton said. “As a math teacher, I feel that it would escalate and provide more opportunity for potential fatal or potential situations that would not occur [otherwise].”

Hampton called for “preventative measures” and said teachers should focus more on teaching students. “Teachers are trained to teach and to instill the love of learning within students and we have school resource officers that are trained to provide security and protection at the schools.”

Putnam stated that most schools, especially in rural South Carolina, do not have resource officers. Putnam feels that having one in each school is ideal, but for now arming teachers may be the quickest and cheapest solution.

“It would cost the state of South Carolina $83 million to hire enough resource officers to have one in every single school," Putnam said. "With all the challenges we face in the state, from road funding, to teacher shortages, to teacher pay, to highway patrol funding, trying to find $83 million in the state budget is quite difficult. But we do believe it’s a worthwhile goal. I think we need to work towards eventually having a school resource officer in every single school in South Carolina."

From a local law enforcement perspective, Jared Bruder, a member of the South Carolina Sherriffs’ Association, understands the desire to keep kids safe.

“We aren’t anti-teachers carrying,” Bruder said. “We just want to make sure that when that person is carrying, that they are properly trained and properly educated to do the right thing.”

Putnam says the new bill covers training requirements, which would be designed and implemented by local law enforcement.

“The state law enforcement division would have to develop materials and a training class that would be offered free of charge... It would be similar to a [concealed weapons permit] test and training, but it would incorporate mostly live shooter scenarios.”

Teachers would volunteer and be approved by the principal and the school district. Once the teachers completed training and got certified by the State Law Enforcement Division, they would be allowed to carry a concealed weapon on their person at all times. They also would receive a stipend to help cover any wages lost during training.

“We know it would require more training, maybe going to the shooting range to make sure they are proficient on their marksmanship. So, we are OK with doing a stipend every single month to compensate for that time.”

Students and other teachers would not know which teachers are carrying. Only the principal and certain members of the school board would have that information.

“They would have to sign a log at the office of the school allowing the principal and the administrators to know that they’re carrying that day,” Putnam said.

The lawmaker told Fox News he hoped to complete the bill and submit it for review by December. If it is approved in January, it may take up to a year and a half to go into effect.