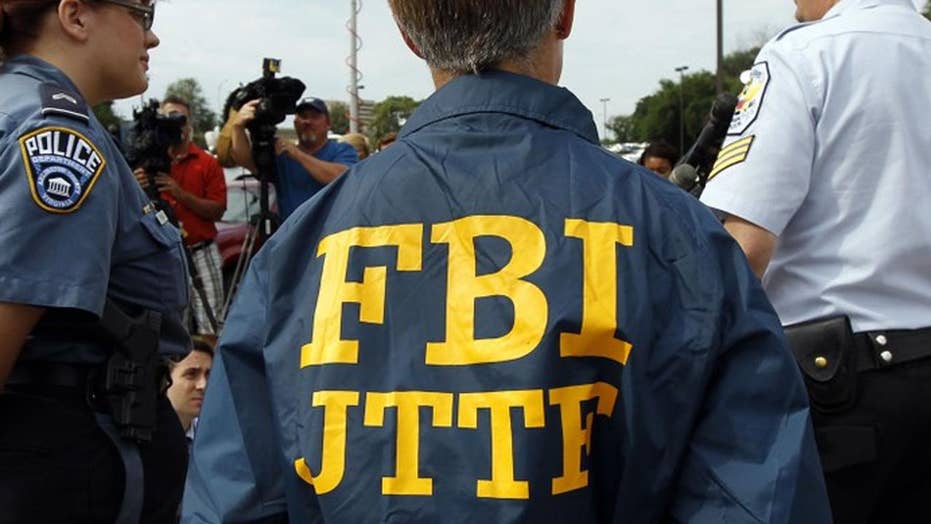 San Francisco has taken its defiance of the feds to a new level, ending its cooperation with the FBI in an anti-terror initiative begun after 9/11 - a move crtitics say could get innocent people killed.

Critics say the sanctuary city by  the bay's latest decision to forego cooperation with Washington, by dropping out of the FBI's Joint Terrorism Task Force, could put lives at risk. The JTTF has been credited with foiling 93 Islamist terrorist attacks and plots against the U.S. since 2001, including 12 this year, according to the Washington, D.C.-based Heritage Foundation. There are another 1,000 investigations into suspected terror activity nationwide.

These staggering statistics make the recent decision by the San Francisco police department to end the city’s partnership with the JTTF, at the behest of local activist groups that alleged Arabs and Muslims are wrongly targeted by the FBI and will be more so under the Trump administration, all the more concerning, said retired federal law enforcement officials.

“There is less chance of uncovering networks, plots, missing pieces of a puzzle, without cities participating in the JTTF."

“In my opinion, the decision by the mayor and the police chief to withdraw the San Francisco Police Department from the JTTF is really narrow-minded,” said Mark Rossini, a retired FBI special agent, and founding executive of the National Counterterrorism Center, who served as a representative to the CIA’s Counterterrorist Center. “Politics aside, and the mayor and leaders of San Francisco have their right to their opinion, political opinion and beliefs. But when you’re working in law enforcement, law enforcement should know no politics.”

The FBI leads the 104 Joint Terrorism Task Force units across the country, but the majority of intelligence about crime and terror comes from local sources, said Claude Arnold, a former U.S. Immigration and Customs Enforcement special agent in charge of Homeland Security Investigations, who worked in California.

May 25, 2012: Visitors walk on walking path and bicycle trail near the Golden Gate Bridge in San Francisco, California. (Reuters)

“There is less chance of uncovering networks, plots, missing pieces of a puzzle, without cities participating in the JTTF,” Arnold said.

San Francisco police have dozens of undercover agents and contacts in immigrant communities helpful to federal law enforcement investigations. Conversely, two San Francisco police are federally deputized for the JTTF, and as a result have access to classified intelligence.

“Information must flow both ways in these cases,” Rossini said. “By San Francisco pulling out, you’re losing that vital link of data that the FBI and the other federal agencies and the Department of Justice will need in order to complete its cases and investigate them thoroughly.”

If San Francisco’s withdrawal from the JTTF is permanent, it could impact the safety of Americans throughout the nation, said Lauren Anderson, a former FBI agent who led the international terrorism program of the FBI’s New York JTTF, and now runs LCAnderson International Consulting.

“In virtually every terrorist prevention or incident, local law enforcement was the first point of interaction,” Anderson said.

A man who was identified by neighbors in Connecticut as Faisal Shahzad, is shown. (AP/Orkut.com)

The 2010 Times Square would-be bomber Faisal Shahzad is an example.

“Two street vendors noticed a vehicle with smoke and told New York Police Department officers. Because NYPD was physically present on the JTTF, the information was shared immediately and members of the JTTF were at the scene in minutes,” Anderson said.

The JTTF has prevented a number of terrorist attacks, many which crossed state lines, said David Inserra of the Heritage Foundation.

Whether the San Francisco police department will renegotiate the JTTF memorandum of understanding or simply refuse to participate, isn’t clear. A police department spokesperson would only say the agreement has expired and is under review.

Local activists critical of the JTTF cheered the decision by the newly appointed San Francisco police chief, on the job for just a week before pulling the plug on the partnership.

Local police, whose salaries are paid by local tax dollars, are required to follow federal law when they are deputized for the JTTF. In some cases, California laws conflict with federal law, said John Crew, a retired attorney who works with activist groups, including the ACLU and Council on American-Islamic Relations on law enforcement and civil rights matters.

“This issue is really about the need for local police officers to comply with state and local laws and policies even when they are working with the FBI JTTF,” Crew said.

Neither Crew, nor his many allies in San Francisco, are apprehensive area residents may be in danger because of a lack of representation on the JTTF.

San Francisco police work with the Northern California Regional Intelligence Center, a government program focusing on criminal and terrorist activity, Crew said. He also maintains there is no reason police cannot work with the FBI on pressing terrorism-related investigations as long as they don’t violate California law.

But Rossini and other former federal law enforcement said they worry the conflict may prevent vital leads from surfacing.

“Last time I checked, we’re all part of the 50 states….So let us continue to work together when it comes to the law, when it comes to law enforcement,” Rossini said. “You want to do politics another day.”