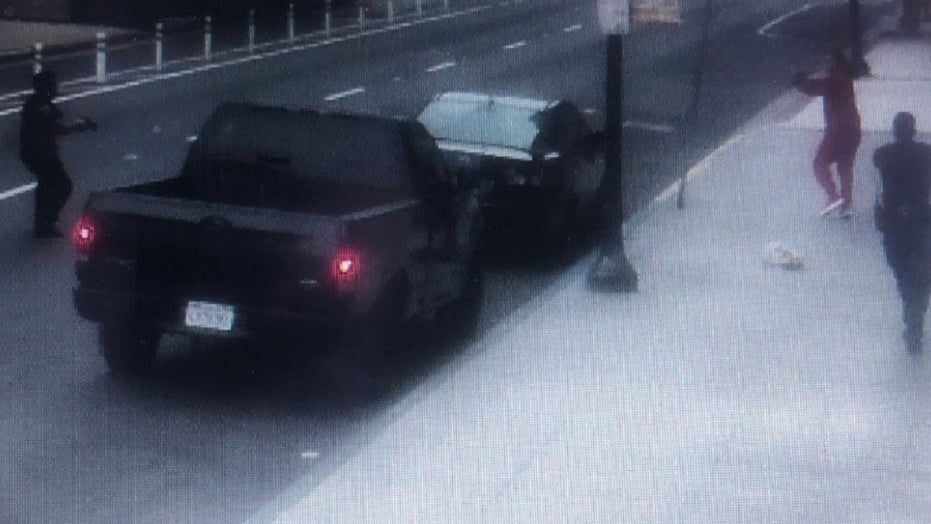 An officer accused of posting a photo on social media belittling a memorial for a man he fatally shot is under investigation by the San Diego Police Department and has been suspended without pay, officials said.

The department ordered a review of officer Jonathan Lucas after fielding questions about the incident, Sgt. Matthew Botkin told Fox News. Lucas has been suspended without pay and has had his police powers revoked, Chief David Nisleit said during a news conference Tuesday.

"The officer's alleged actions fall short of the high standards I and our community have for the San Diego Police Department," Nisleit said before apologizing to the family of Leonardo Ibarra. "This unnecessary act only reopens wounds during their already painful time."

The accusation is connected to Ibarra's shooting death after being shot by Lucas and another officer on June 27, the San Diego Union-Tribune reported.

Lucas and the other officer recognized Ibarra as a robbery suspect they'd seen on a flier and ordered him to stop walking. Ibarra ignored the command, and dropped a bag and ran, according to police body camera video footage. Authorities said he pulled a revolver out from his waistband and pointed it at one of the officers.

The newspaper reported a screenshot of an Instagram post that appeared to show a makeshift memorial for Ibarra with candles and handmade signs, including one that reads: “Justice 4 Leo," made the rounds on social media. The image is accompanied by face emojis showing laughing, open mouths and tears.

The image was shared by United Against Police Terror San Diego, an activist group that documents alleged police misconduct in the city. An anonymous Instagram user shared the photo with the group, a representative told the Tribune.

The user was following an account that posted the photo and said it belonged to the officer, the newspaper reported.

The police review seeks to determine whether Lucas posted the photo, Botkin said. He did not specify which disciplinary actions could be taken.

Nisleit promised a thorough and transparent investigation into the alleged social media post.

"I understand that it's a very critical time relationship-wise between law enforcement and the communities that we serve," he said. "This doesn't help."