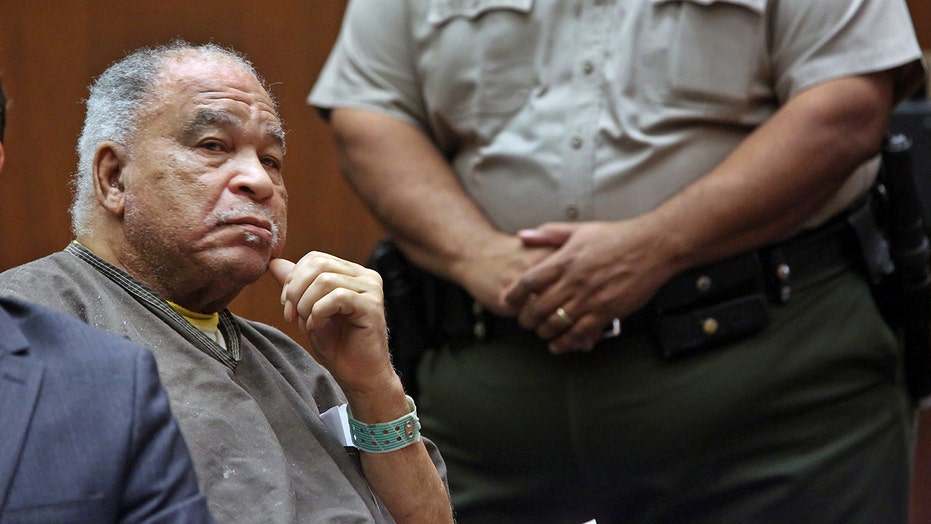 A convicted serial killer who claims to have committed more than 90 murders across America over a 35-year span pleaded guilty on Friday to killing four Ohio women.

Samuel Little, 79, appeared via Skype at two separate hearings in which he admitted to killing two women in Cincinnati and two women in Cleveland. Little is serving multiple life sentences in California for the murders of three women there between 1987 and 1989. He was also convicted of murdering one woman in Texas in 1994.

Authorities have said they've confirmed at least 60 of the 93 slayings Little says he committed in 14 states while he crisscrossed the country for decades.

On Friday, Little admitted to killing 32-year-old Anna Stewart in 1981 as well as an unidentified Jane Doe, who prosecutors say could have been murdered anytime between 1980 and 1999 and could have been any age from 15 to 50 years old. The Hamilton County Prosecutor’s Office announced in June that Little had been indicted in both murders and said that authorities are examining old autopsy records to determine whether the Jane Doe victim had been found.

CONVICTED KILLER, 78, MAY BE TIED TO MORE THAN 90 COLD CASE HOMICIDES, POLICE SAY

Hamilton County Judge Melba Marsh asked the 79-year-old man a series of questions about giving up his rights to trial that Little answered affirmatively, sometimes with "Yes, ma'am." Marsh then sentenced Little to two consecutive terms of 15 years to life in prison, FOX19 Cincinnati reported.

Defense attorney Timothy McKenna of Cincinnati told the judge that at this stage in his life, Little wants to help police identify his victims and close cold cases. He also said Little is in failing health.

Hours later, Little pleaded guilty to two counts of aggravated murder in the killings of two Cleveland women: 21-year-old Mary Jo Peyton, who died in 1984, and 32-year-old Rose Evans, who died in 1991.

Cuyahoga County Judge John Russo sentenced Little to a minimum of 40 years in prison to be served after the sentences he's received in Texas, California and Cincinnati. Authorities in the Cleveland area are still investigating a third possible murder by Little there.

Little notoriously killed women by strangling them and was known for sketching portraits of his victims.

"That was the way he enjoyed his pleasure to strangle these girls," Hamilton County Prosecutor Joe Deters said back in June. "He specifically looked for girls with a certain neck type that he liked and that’s why he did it."