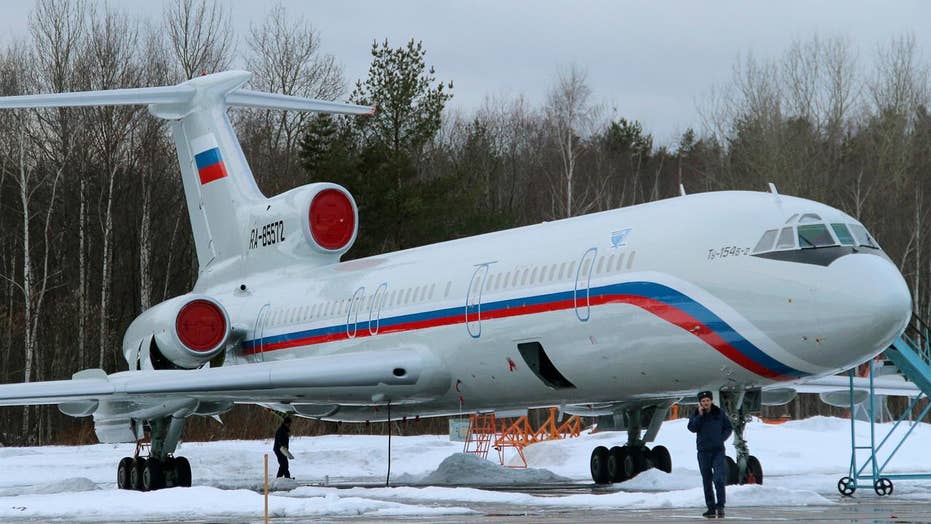 A low-flying Russian spy plane was spotted Wednesday over parts of Washington, D.C., and Bedminster, New Jersey, where President Trump is vacationing at his Trump National Golf Course -- but the flight had been approved under a long-standing global treaty, officials said.

One of the officials said the Russian jet flew through the Temporary Flight Restriction (TFR) airspace that was established around the golf club.

TILLERSON: U.S. TO RESPOND TO RUSSIA'S OUSTER OF DIPLOMATS

The plane was permitted to fly through the TFR under the Open Skies Treaty, which allows unarmed observation flights over the entire territory of all 34 member nations, of which Russia and the U.S. are both signatories.

“There would have been action taken if the Russians were not allowed to be there,” said one official who requested anonymity because he was not authorized to speak with the media.

There have been more than 1,200 Open Skies flights since the treaty became enforced in 2002. According to the Pentagon, the flights are conducted by unarmed observation aircraft equipped with certain types of film and sensors that are certified under the treaty.

The Pentagon says that before the flights, each state is given the flight plan of the mission and an escort team flies aboard the aircraft to make sure it complies with the treaty. After each flight, the host nation gets a copy of any imagery taken by the observation aircraft.

Dan Gaffney, a spokesman for the Pentagon, said a classic mission for one of these types of flights “has several segments (flights) taking place over a few days.”

It was reported that the plane flew near Washington, D.C., but Fox News is told it did not fly over the U.S. Capitol.

Senior U.S. intelligence and military officials have expressed concern that Russia is taking advantage of technological advances to violate the spirit of the treaty.

Steve Rademaker, former assistant secretary of state for the bureau of arms control and the bureau of international security and nonproliferation, told Congress in past hearings that Russia complies with the Open Skies Treaty, but has adopted measures that are inconsistent with the spirit of the accord.

NORTH KOREA RESPONDS TO US THREATS WITH GUAM ATTACK PLAN: 'ONLY ABSOLUTE FORCE' CAN WORK ON TRUMP

The treaty, for instance, obligates each member to make all of its territory available for aerial observation, yet Rademaker said Russia has imposed restrictions on surveillance over Moscow and Chechnya and near Abkhazia and South Ossetia, two breakaway regions of Georgia now under Russian control.