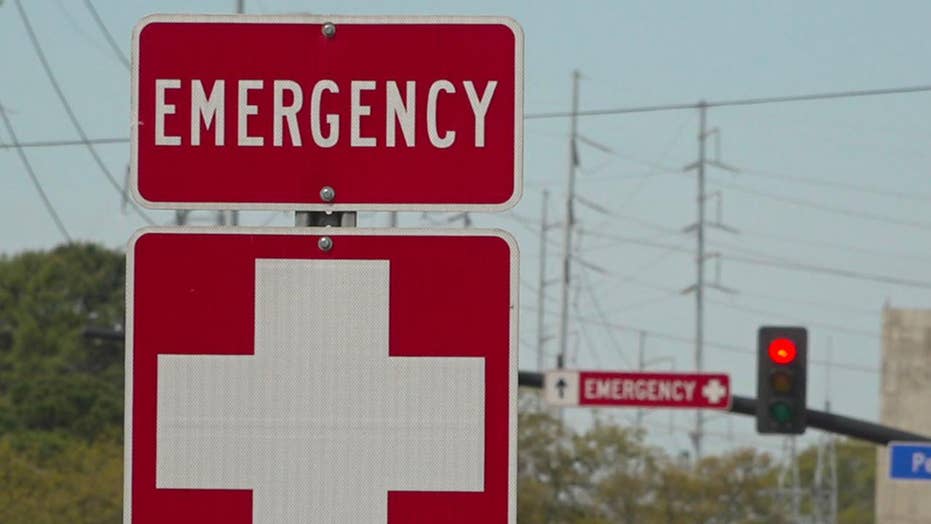 HOUSTON, Miss. - Getting emergency care for people living in rural areas is increasingly more difficult as hospitals there struggle to stay afloat.

It’s evident in small towns like Houston, Miss., where people living there must travel at least 20 miles west of town to visit the nearest emergency room. That’s has been the case for the entire county since the local hospital in Houston closed its emergency room in the fall of 2014 because it was no longer financially viable.

Jenny Little, a resident in the town of less than 4,000, knows the struggle of living in a rural town without emergency care. She recently had to make a lengthy trip to two separate hospitals to get emergency care she desperately needed for stomach ulcers.

Houston, Miss. resident, Jenny Little, walks to her vehicle after picking up her prescription at a local pharmacy. She recently had to drive to two different hospitals outside of town to get emergency care. (Fox News/ Charles Watson)

“It’s very difficult,” Little said. “You got to go miles to get to an emergency room.”

When Little thought that she hadn’t been given the help she needed at her first trip to the emergency room in Calhoun City, she opted to drive to the second emergency room nearest to town, which was a 45-minute drive for her.

“I had to go to Tupelo and ended up having a diagnosis, to me, that was significant enough to need help for,” she said as she waited to retrieve her prescription from the local discount pharmacy. “That’s not good enough.”

Numbers from the University of North Carolina’s Sheps Center for Health Services Research paint a picture of why that may be the case. Since January 2010, a total of 102 rural hospitals around the country have either modified their services or closed their doors altogether. The latter has been the case for about two-thirds of those hospitals.

According to the Pew Research Center, people in rural areas on average have to travel more than twice the distance than people in urban areas to get emergency care. (Fox News)

Dr. George Pink, Deputy Director of Rural Health Research Program at UNC, said a combination of a lack probability, a decline in volume and older, sicker patients are among the key factors that are causing rural hospitals to close their doors.

Those communities also tend to have higher rates of uninsured, Medicaid and Medicare patients, which leads to more cases of under compensation or no compensation at all for medical providers.

“These hospitals have been losing money year after year until finally they just have spent down their reserves, they’ve sold off their assets, they’ve exhausted their bank loans,” Pink said. “They just cannot find a way to continue financially.”

According to a recent report, 21 percent of about 1,700 rural hospitals across 43 states are currently at risk of closing if their financial situations don’t improve. Out of the 43 states, about 34 of them have five or more rural hospitals that are at high financial risk. Majority of those hospitals are in southern and Midwest states. Mississippi, Kansas, and Georgia lead the pack with more than two dozen hospitals, respectively, at financial risk of closure. However, it’s not clear how much time these rural hospitals have before they are forced to close their doors.

According to Pink, it may not be realistic to think most rural hospitals can offer a full range of medical services if they are going to be sustainable for the long term. Whatever the case, he believes the status quo is longer going to cut it, especially in emergency situations.

“Access to emergency care, if you don’t have that in a timely way if you’re having a stroke or a heart attack, or if you’re giving birth it’s probably only a matter of time before a serious event occurs,” he explained. “We need to step up the pace of innovation. We need to try some of these things out in rural communities, see if they work, find out where they work and why they work.”

Otherwise, Little believes options are few and far between for people living in rural America.