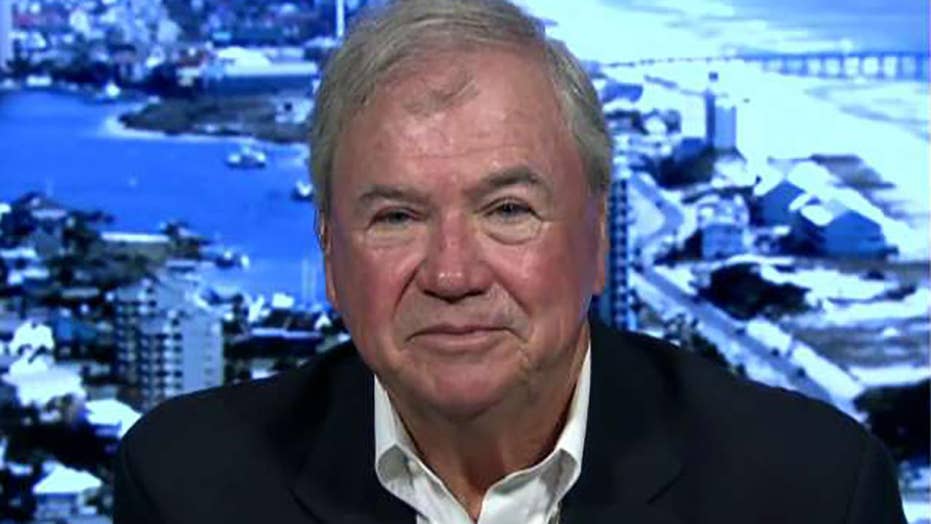 A restaurant franchisee made an impassioned argument Tuesday against the left's push for a $15 minimum wage, saying it would force him to fire employees and could put him out of business.

Larry Fox, who owns a restaurant group that maintains Hooters locations in Florida and Alabama, wrote in a recent op-ed for the Wall Street Journal that he is "panicked" over Democratic lobbying for a higher minimum wage. He told "Fox & Friends" on Tuesday that his employees already make more than the minimum wage with tips - a policy called "tip credit."

"A lot of my employees are young, they're going to school and they use this as flexible work hours to earn up to 20, 25, 28 dollars an hour," Fox said. "It gives them the ability to work and stay in school, but if I lose the tip credit that will increase my labor cost 100%."

Fox said that his restaurants, like many others, are seasonal and don't have a high profit margin. If a $15 minimum wage went into effect, he said there'd be no way to raise his prices to offset the cost.

Some states have already introduced the new minimum wage, including New Jersey, California, Massachusetts, Maryland and Illinois. A bill to raise the federal minimum wage to $15 is expected to advance in the House after the Fourth of July recess.

Fox, however, said there's a bevy of problems for restaurateurs that come along with that.

"If we can still have a reduced tip credit, we use the tips to offset it, and our girls are making more than that now," he said.

"The big problem is, you've got increased costs in the FICA insurance, unemployment insurance, our medical insurance, all of that continues to go up as well as wages," he continued.