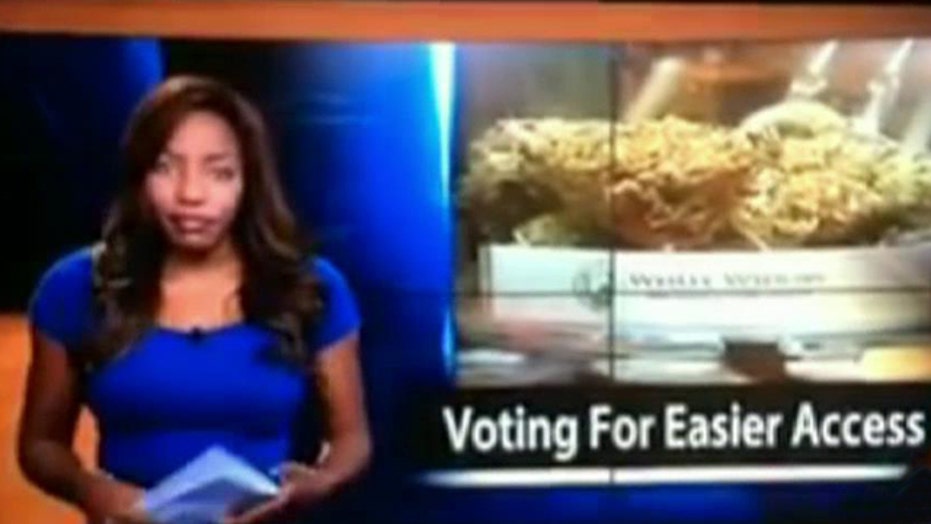 Reporter outs herself as owner of cannabis club, quits job in dramatic end to news segment

A former Alaska television reporter who became a viral sensation in 2014 after quitting her job to advocate for the legal use of marijuana faces 54 years in prison for allegedly running an illegal marijuana shop.

The Guardian reported Thursday that Charlo Green is facing 14 offenses, including “misconduct involving a controlled substance,” for running the Alaska Cannabis Club. Though the state legalized the manufacture, sale and possession of the drug in 2015, the state had failed to give Greene the proper certifications for the club to run retail operations.

The Alaska Cannabis Club allowed people to buy memberships which allowed people to make “donations” in exchange for marijuana. Authorities in Alaska had launched a series of raids on her club and eventually charged Greene.

“It’s almost dizzying when you try to make sense of it,” Greene told the Guardian. “It could literally cost me the rest of my adult life.”

According to court records, Greene wasn’t involved in the undercover transactions, but was only charged because the business was registered under her name. Her business and two others are facing the penalties because they started operations before regulations were in place, according to the paper.

“These people got ahead and said, ‘We’re not going to wait,’” Cynthia Franklin, director of the state’s alcohol and marijuana control office, told the Guardian.

The small amount of supporters behind Greene believes that she should’ve only received a fine or citation.

“This is a substance that we’ve decided can be safely consumed by adults,” Tamar Todd, director of the office of legal affairs for the Drug Policy Alliance, said.

Greene, a former reporter for Alaska’s KTVA, made waves in September 2014 after doing a report on the Alaska Cannabis Club. She revealed that she was the owner and quit the station using an expletive on air.

"Everything you've heard is why I, the actual owner of the Alaska Cannabis Club, will be dedicating all my energy toward fighting for freedom and for fairness, which begins with legalizing marijuana here in Alaska.”