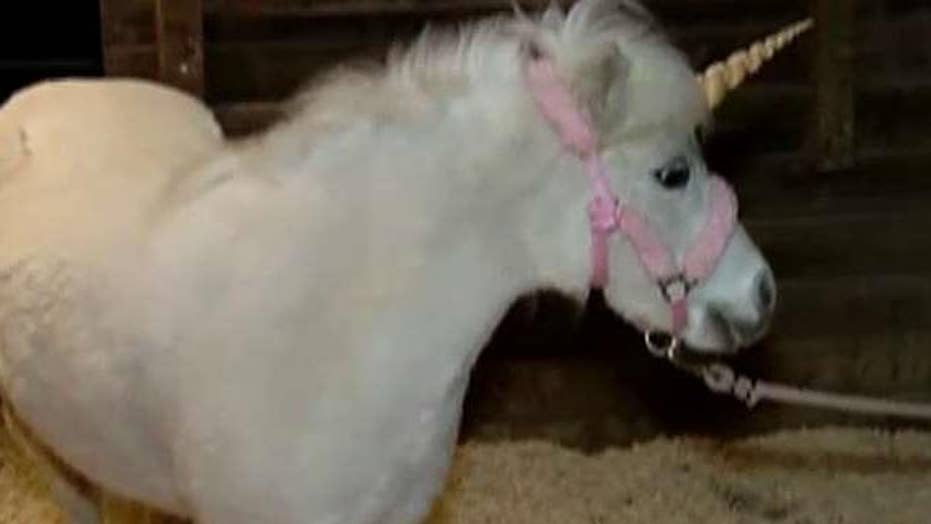 White pony dressed up for birthday party gets loose

Highway patrol officers engaged in a speedy chase through the streets of central California Wednesday night -- not for a criminal suspect, but for a pony dressed as a unicorn.

The animal, wearing a pink bridle, had trotted away from a children's birthday party in Madera twice that day, Fox 2 reports.

A highway patrol helicopter using heat-seeking radar finally spotted the pony in an orchard before officers could corral the animal.

"The pony was just lucky. It was returned to its owner unharmed and was secured. No citations were issued in this case, but had the pony been hit by a car - it would have been a different story," officer Joshua McConnell said.

The pony weighed up to 600 pounds, according to estimates.

McConnell warned drivers that animals -- including ponies -- pose a hazard on busy roads every day.