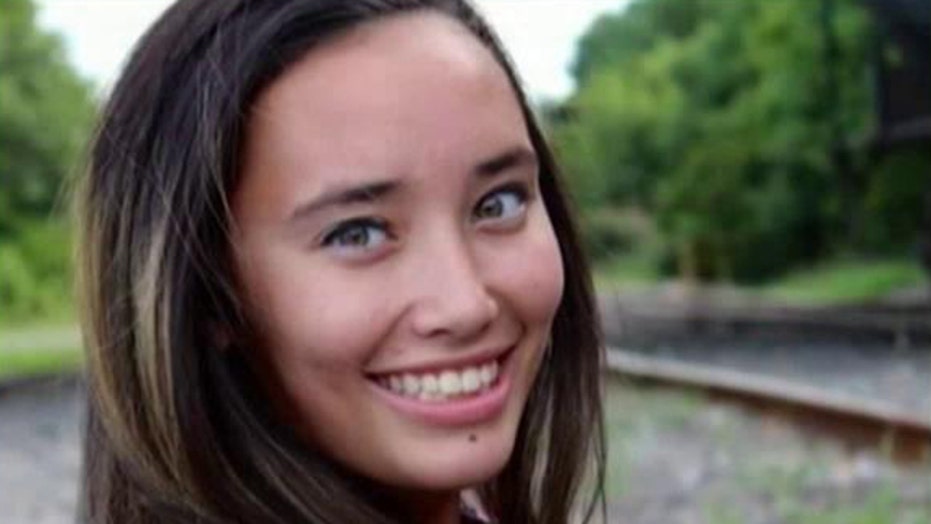 Authorities searching for a missing Virginia college student said Thursday that they had found human remains beside an abandoned house near the border with North Carolina.

Norfolk Police spokeswoman Cpl. Melinda Wray told the Virginian-Pilot newspaper that investigators have not confirmed that the remains are those of 18-year-old Anjelica Hadsell, who has been missing since March 2. The paper reported that family and friends had gathered at Hadsell's family home in Norfolk to await news from police, and a patrol car was parked outside.

Neighbors told the paper that police began searching the property south of Franklin, about 50 miles west of Norfolk, Wednesday evening, then returned Thursday morning. The remains were found in an area of waist-high grass beside the house. In the afternoon, the paper reported that investigators focused their search on a wooded area behind the house.

Hadsell, a freshman at Longwood University, was last seen walking in her parents' neighborhood. Police initially said that they did not suspect foul play in her disappearance, but have conducted multiple searches in the intervening weeks.

The case took a bizarre turn last month when Hadsell's stepfather, Wesley Hadsell, was arrested on charges of obstructing justice, breaking and entering and possession of ammunition by a felon. He is being held without bond and his next court appearance is scheduled for April 29. Norfolk police have not said publicly whether Wesley Hadsell's arrest is connected to his stepdaughter's case.

Katherine Haldsell, Anjelica's grandmother, told FoxNews.com Monday that she was "absolutely convinced" foul play was involved in the disappearance, adding "This is so far out of character for her."

"She is a young lady who is living her life as any 18-year-old would," said Hadsell, who also lives in Norfolk. "She loves her mom and dad so much and is very close with her family. It’s not possible she ran away."