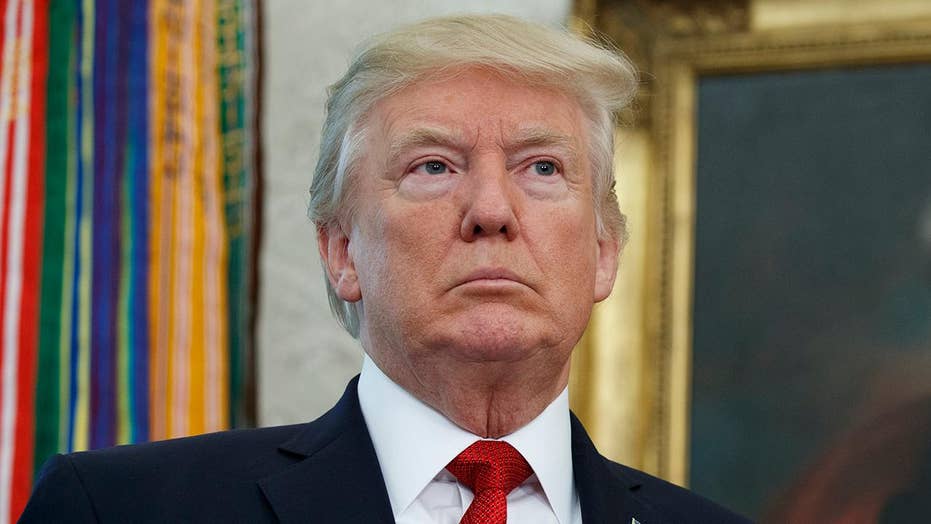 The number of refugees entering the U.S. has plummeted since President Trump lifted a four-month ban on admissions.

Only 3,108 refugees came to the U.S. in October and November, the first two months of the new fiscal year. The Obama administration admitted 18,300 refugees in the same period last year. The new numbers represent a dramatic 83 percent drop.

Trump restarted the refugee resettlement program in October. A month earlier, he lowered the annual refugee admission cap from 110,000 to 45,000, the lowest level on record.

At the current rate, it’s unlikely the Trump administration will approach that number.

The limits on refugees are in addition to Trump’s broader travel ban on people from several countries. Trump promised during the presidential campaign to “stop the massive inflow of refugees” to protect the country from terrorists.

"The president's strategy on refugees is guided first and foremost by the safety and security of the American people,” Trump administration spokeswoman  Helen Aguirre Ferré told Fox News. “The United States can also help a larger number of refugees by resettling them in their home region and enabling their eventual safe return home.”

Fewer Muslims are among the new refugees, according to published reports. Muslims accounted for about 40 percent of refugees admitted into the United States in November 2016. But this past November, the figure stood at 10 percent.

At the same time, the administration said it was backing out of a United Nations initiative called the Global Compact on Migration, a declaration established at the Generally Assembly in 2016 that called for two years of negotiations focused on organized and safe migration of the world’s displaced people.

Syrian migrants disembarking from a boat in Athens in 2015. (AP)

"The global approach in the New York Declaration is simply not compatible with U.S. sovereignty," the U.S. ambassador to the U.N., Nikki Haley, said in a statement released over the weekend. "No country has done more than the United States, and our generosity will continue. But our decisions on immigration policies must always be made by Americans and Americans alone."

There are about 22.5 million refugees around the world, more than half of them under the age of 18, according to the U.N. High Commissioner for Refugees.

Groups that work with refugees lamented the drop, saying the U.S. should not scale back its support for people fleeing upheaval.

“It’s tragic, really,” said Linda Hartke, president and chief executive of the Lutheran Immigration and Refugee Service, which resettles refugees. “It’s tragic for refugees who’ve fled for their lives, who are simply looking for the chance to be safe and provide for their families and see their kids go to school and live in dignity.”

She said to Fox News, “It hard for many Americans to understand why this administration fails to see that we not only have an international obligation to protect the most vulnerable, but an opportunity to demonstrate American leadership.”

As for the administration's withdrawal from the global talks on migration, Hartke viewed it as bewildering.

“The global compact was an opportunity, including for our neighbors, to be much more thoughtful about the flows of migrants, what’s good for this country and for our neighbors as well,” Hartke said. “Having these conversations in a global context is something we shouldn’t be afraid of.”

“We’re coming to an age where you have so many failed states around the world on multiple levels – politically, socially, economically,” said Ira Mehlman, spokesman for the Federation for American Immigration Reform. “It’s going to be impossible to address these problems through mass resettlement."

"We're coming to an age where you have so many failed states around the world on multiple levels ... It's going to be impossible to address these problems through mass resettlement."

He said that globally, "we have to reconsider how we go about dealing with the new reality.”

— Linda Hartke, president and chief executive of the Lutheran Immigration and Refugee Service

“There are also new security threats,” Mehlman told Fox News. “All these things indicate we need to be cautious. It’s obviously a decision each country will have to make based on their own interests and what they think they can manage.”