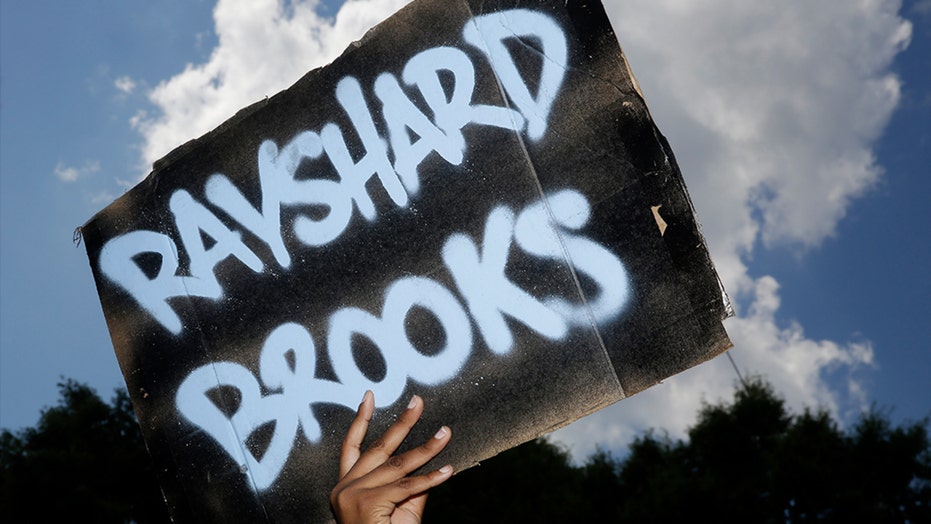 Officers take a stand against Garrett Rolfe's charges; reaction and analysis on 'The Five.'

A Queens man was charged Thursday for allegedly attempting to light an NYPD vehicle on fire last week, amid wider protests against police brutality in the city, prosecutors said.

NYPD cruiser on the 5th Avenue

According to the charges, Sanchez-Santa selected a police car in the early morning hours of June 9 at West 42nd Street near 11th Avenue to attempt the arson.

Prosecutors say Sanchez-Santa ignited a cloth glove and placed it under an empty NYPD vehicle parked on the street.

Sanchez-Santa then got back in his car and drove away as the glove burned underneath the cop car. Firefighters responded to the burning and extinguished the flames, U.S. Attorney Geoffrey Berman said.

“As alleged, the defendant selected a clearly marked NYPD vehicle, walked up beside it, started a fire under the vehicle, and fled the scene.  In allegedly doing so, he maliciously targeted law enforcement,” Berman said. “Arson is also a threat to more than its immediate victim, with the potential to destroy and terrify far beyond the place where a fire is set.

Investigators used surveillance footage of Sanchez-Santa’s license plate at the scene to track him down, according to court documents.

Sanchez-Santas appeared in court later Thursday before U.S. Magistrate James L. Cott. He was released from custody on a $25,000 bond, forced to surrender all travel documents, and must stay with his mother.

His preliminary hearings have been scheduled for July 20.

Sanchez-Santas is the latest suspect to be arrested for attempting to firebomb a cop car. A pair of lawyers were charged earlier this month with throwing a Molotov cocktail into an unoccupied New York City police vehicle as clashes between police and rioters raged throughout the city following demonstrations over the death of George Floyd.