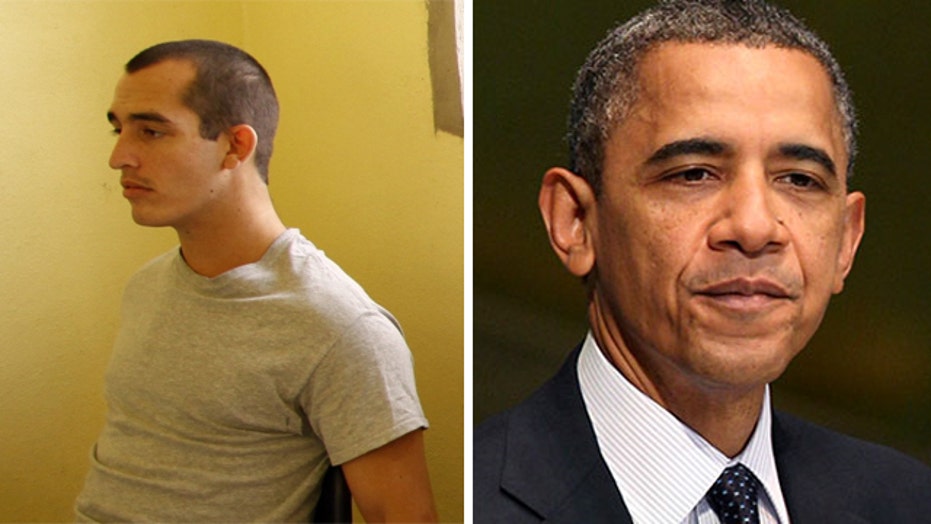 'Off the Record,' 7/7/14: Fishing with Wounded Warriors during July 4 weekend - and seeing their spirit - was inspiring. What kind of message does the president send when he can't be bothered to help our Marine jailed in Mexico? #MarineHeldinMexico

Since U.S. Marine Sgt. Andrew Tahomooressi was arrested and imprisoned in Mexico on March 31, his future has been thrown into limbo. His supporters, who laud Tahmooressi's military service including two tours of duty in Afghanistan, are angry, and many in the general public are confused about where his case is headed.

Here are some answers to questions frequently asked about the case, which will next be taken up in a Tijuana federal court on Aug. 4:

How could Sgt. Tahmooressi have made a wrong turn into Mexico?
It was an easy mistake to make back on March 31. His car was parked in a lot at the border. As he left the parking lot, he turned onto an exit ramp that he thought led to the northbound freeway to San Diego. Instead, it looped around to the southbound lanes.

Had he seen the exit ramp sign, he may have realized it would put him on a freeway to Mexico. But that sign was partially covered in graffiti and he said it wasn’t clear.

Once on the freeway, it is difficult to reverse course. At the time, the “Return to USA” lane on the far left side of the freeway was marked only by a small U-turn sign on the ground. Even if he had seen that sign, he still would have had to cross five lanes of traffic in a very short distance.  It would not be easy.

Since then, authorities on the U.S. side have replaced the sign with a large, elevated sign.  “Even with new signs, which were not there on March 31, it's still difficult,” said Fernando Benítez, who now represents Tahmooressi.

Why did he have guns with him?
Tahmooressi had driven cross-country for PTSD treatment in San Diego and was living out of his car. He said he had nearly all of his possessions with him, which included 3 legally registered guns and more than 400 rounds of ammo.

If this was really an accident, why was Sgt. Tahmooressi charged?
Because he broke Mexican law.  In Mexico, possession of firearms is a federal offense. Still, debate rages over whether the federal prosecutor should have pursued charges, since Tahmooressi claimed he crossed accidentally, indicating no malicious intent.

But Tahmooressi’s initial attorney didn’t counter the prosecution with any convincing evidence. Instead, Tahmooressi says, the attorney told him to lie about having previously been in Mexico, which eventually raised suspicions and didn’t help his cause with the judge.

Benítez said that Tahmooressi’s civil rights were so violated during nearly eight hours of questioning at the border that he probably could have gotten the charges promptly dismissed, avoiding a trial and long-term imprisonment. But that ship has sailed; the time for getting the case dismissed has passed.  The judge considered the evidence submitted after 6 days and took the case after deciding there was “probable responsibility.”

What is Tahmooressi’s defense strategy?
Benítez is attempting to get much of the prosecution’s evidence thrown out. He believes the entire case against Tahmooressi is built on evidence obtained during an unlawful detention because he was not provided with access to the U.S. consulate, an attorney or a translator.

“The technical result of that would be that any and all evidence derived from that illegal time frame, the first 8 hours… could not be used to predicate the judge's verdict on it,” Benítez said.

In addition to civil rights violations, he said there are several other irregularities in the prosecution’s evidence, including missing and inconsistent documents. Benítez is also attempting to prove that Tahmooressi crossed accidentally and had no malicious intent.  The evidence includes:

But if there was no malicious intent, why doesn't the judge just dismiss Tahmooressi’s case now?

According to Mexico’s criminal procedure code, he can’t. Tahmooressi’s original attorney had 6 days to get it dismissed; it’s too late now. Even if the defense presents convincing evidence, the trial will go on and the judge will make a decision on guilt or innocence at its conclusion.

Is there anything that could happen in the meantime that could get Tahmooressi released?
Legally speaking, no, according to Mexican criminal justice experts. And Benítez expects the legal process to play out in full.

That said, there is a great deal of pressure coming from U.S. lawmakers.  If indeed the judge decides to throw out the prosecution’s evidence because of civil rights violations, it’s likely that calls for his release will heighten again.

Where are we now in Tahmooressi’s case?
The case is officially at trial. It may not seem like it, because trials in Mexico differ greatly from the U.S. and there is not that much for the public to see.  The trial is in the evidentiary phase.

How else are Mexican criminal trials different from U.S. trials?
Opening statements, arguments and closing statements don’t exist like they do in U.S. trials. Once the judge takes a case, both sides begin presenting evidence in an evidentiary phase.

Much of the evidence is submitted in writing. The one exception is witness testimony, which is heard during evidentiary hearings.  Don’t expect to see any of it though. The judge has not allowed media or cameras into the room and that isn’t expected to change.

The bulk of the evidence from here on out will be from Tahmooressi’s defense team. Once the prosecution has established its case, it is limited to how much new evidence or testimony it can introduce. Once all evidence has been presented, the evidentiary stage concludes and both parties are given several days to prepare closing arguments. Closing arguments are delivered orally in court.

The Mexican courtroom isn’t what most Americans are used to seeing. The room is small and holds about 12 people. Participants describe it as a conference room. The defendant appears behind a grate window.

How long could his trial last?
Fox News has been told to expect it to last for months, with a verdict coming possibly as late as November or December.

What will happen at the next hearing on August 4?
Benítez will call two Mexican customs agents who directly questioned Tahmooressi and searched his car; and two Mexican soldiers who witnessed the events of March 31. Benítez, the prosecution and the judge are all permitted to ask questions of the witnesses.

Compiled from interviews with Tahmooressi attorney Fernando Benítez and University of San Diego legal expert Octavio Rodríguez Ferreira, who also serves as Coordinator for the school’s Justice in Mexico Project.