President Biden renewed a push for a ban on assault weapons on Wednesday as he spoke to survivors and families impacted by gun violence.

The president delivered the remarks at the 10th Annual National Vigil for All Victims of Gun Violence.

Biden spoke about meeting and praying with families who suffered during the Sandy Hook Elementary School tragedy, adding that they were able to turn pain into purpose.

Specifically, he said he was able to get "the most significant gun law passed in 30 years," but it was not enough.

"...Our work continues to limit the number of bullets that can be in a cartridge, the type of weapon that can be purchased and sold, the attempt to ban assault weapons, a whole range of things that are just common sense, just simple common sense," Biden said. "But you know, we did it before, you may remember, in the nineties we did it…And guess what, it worked. The number of violent mass murders reduced were significant, a lot of people’s lives were saved. You know, we can do it again."

In 1994, lawmakers approved the assault weapons ban as a standalone bill, which was authored by Senate Majority Leader Chuck Schumer, who was a congressman from Brooklyn at the time.

The impact of the assault weapons prohibition was mixed.

The federal assault weapons ban was originally in effect between 1994 and 2004 as part of former President Clinton's crime bill. Since its expiration, Democrats have been actively pushing for the ban to be reinstated. 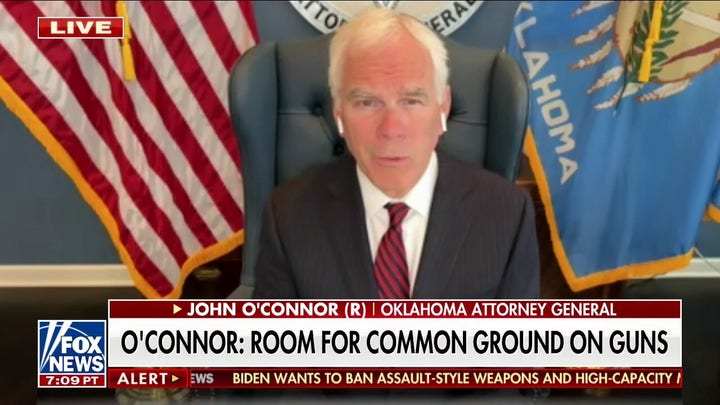