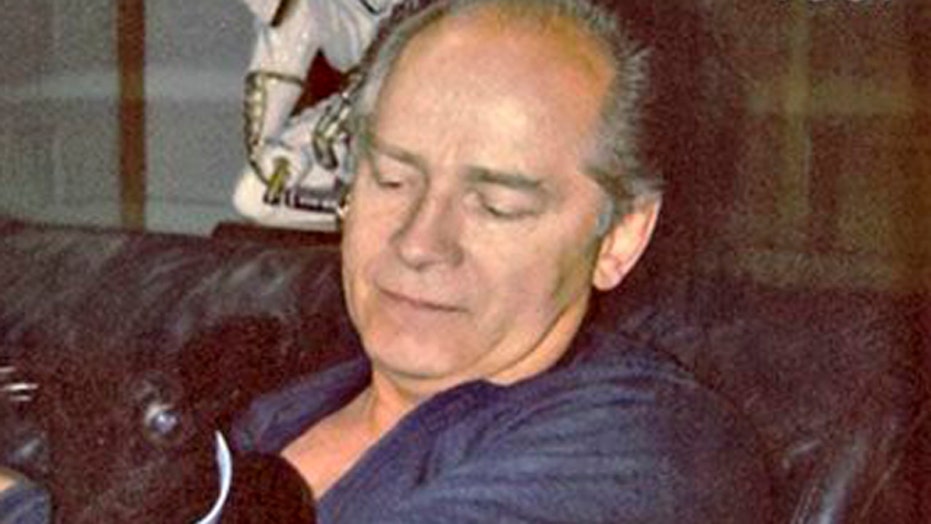 Suspect calls trial a 'sham,' widow of victim fires back

A potential witness in the James "Whitey" Bulger trial whose body was found in the woods of a Boston suburb last month was poisoned, authorities said Friday.

William Camuti, 69, was charged with attempted murder in the death of Stephen Rakes, who reportedly owed him money.

When asked if the alleged murder was linked to the Bulger case, Middlesex District Attorney Marian Ryan said, “our investigation indicates that Mr. Camuti acted alone.”

A statement from Ryan’s office said Rakes and Camuti met for coffee at a McDonalds in Waltham on July 16 and Camuti purchased two iced coffees, one of which he allegedly laced with two teaspoons of potassium cyanide before giving it to Rakes to drink.

He then allegedly drove around with Rakes in his car before dumping the body in a wooded area of Lincoln, where it was found by joggers the next day.

A murder charge has not been filed because the medical examiner is still waiting on test results.

Prosecutors say Rakes and his former wife were forced to sell Bulger their South Boston liquor store in 1984 to use as a headquarters for his gang.

Rakes had looked forward to testifying but learned the day before his body was found that prosecutors wouldn't call him.

Earlier Friday Bulger revealed he won't testify in his own defense at his racketeering trial and called the trial a "sham."

Defense attorney J.W. Carney Jr. met with Bulger on Friday morning and returned to the courtroom to tell Judge Denise Casper that he had finished presenting witnesses.

Bulger then told the judge, without the jury present, that he had "involuntarily" decided not to testify.

"I feel that I've been choked off from having an opportunity to give an adequate defense," he said. "As far as I'm concerned, I didn't get a fair trial. This is a sham."

He railed about the judge's decision prohibiting his lawyers from using an immunity defense. Bulger has claimed he received immunity from a now-deceased federal prosecutor. Casper ruled before trial that that was not a legal defense to crimes including murder.

Bulger has claimed he received immunity from a now-deceased federal prosecutor, Jeremiah O'Sullivan.

"For my protection of his life, in return, he promised to give me immunity," Bulger told the judge.

Casper ruled before trial that the supposed immunity was not a legal defense to crimes including murder.

"I understand, sir, if you disagree with it, OK," Casper replied.

O'Sullivan, who died in 2009, headed the New England Organized Crime Strike Force and was known for his aggressive pursuit of cases against local Mafia leaders, Bulger's rivals.

Outside the courthouse, Carney said Bulger was describing an agreement he claims he had with O'Sullivan under which "in return for assuring that Jeremiah O'Sullivan would not be killed, O'Sullivan promised him that he would not be prosecuted for as long as O'Sullivan was head of the strike force."

Carney did not elaborate, but Bulger seemed to be implying that O'Sullivan's life was in danger because of his pursuit of the Mafia.

Family members of Bulger's alleged murder victims looked dejected over his decision. Patricia Donahue, the widow of one alleged victim, yelled "you're a coward!" while Bulger was speaking.

"If you think you had an unfair trial, then get up there and tell all," she said outside the courtroom afterward. "I am so disappointed in this whole trial. I thought that at least he would be man enough to get up there."

Bulger, 83, is on trial in a broad racketeering indictment that accuses him of participating in 19 murders in the 1970s and `80s as leader of the Winter Hill Gang. He has pleaded not guilty.

Bulger told the judge he has decided not to testify, but "involuntarily." He also says he didn't get a fair trial and that he "been choked off from having an opportunity to give an adequate defense."

Earlier Friday Bulger's lawyers said he wants the $822,000 in cash seized from his apartment in Santa Monica, Calif., to go to relatives of victims who won monetary judgement in lawsuits but then saw those awards overturned on appeal.

Defense attorney J.W. Carney Jr. told Judge Denise Casper that Bulger made the request while lawyers were discussing whether the seized cash should be put in the jury room during deliberations.

Carney said Bulger wants the money to go to families who had civil judgments overturned by a federal appeals court because the statute of limitations had expired.

It appears that two families fall into that category: Relatives of Michael Donahue and Edward "Brian" Halloran. In 2011, the 1st U.S. Circuit Court of Appeals upheld an earlier decision that ruled the two families didn't file their lawsuits against the FBI in time.

Other victims' families have had their lawsuits tossed before trial and some have won judgments against the government, but Carney specifically cited those who judgement were thrown out by the 1st Circuit.

Prosecutor Brian kelly said it has always been the intention of the government to give Bulger's seized assets to victims' families, but he said he isn't sure Bulger "can dictate which ones get" money.

If he's convicted, Bulger would have to give up his assets anyway. It is routine for the government to seek forfeiture of assets acquired through illegal activities.

Bulger has pleaded not guilty to the charges. He fled Boston in 1994 and remained one of the nation's most wanted fugitives until he was captured in Santa Monica, Calif. in 2011.