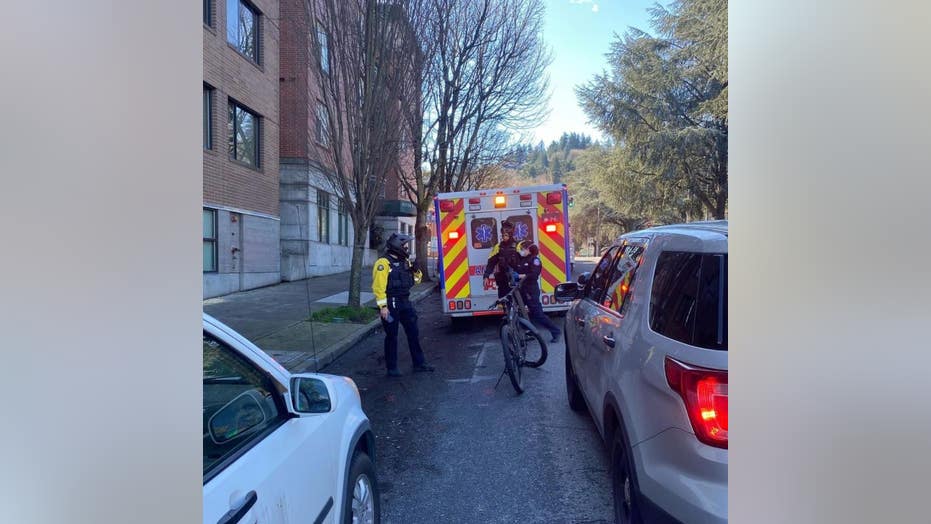 An Oregon woman gave birth to a baby girl on a sidewalk and then walked away and left the child, authorities said Thursday.

The Portland Police Bureau said officers and first responders received a report Wednesday of a woman who had given birth just before 11 a.m.

They were dispatched when it was reported the mother allegedly walked away.

Officers arrived on bicycle and checked on the newborn, who was being cared for by paramedics, police said.

"They said the mother, the woman, was stumbling away eastbound on Market with a lot of blood and amniotic fluid all over her," officer Kirby-Glatkowski told KOIN-TV.

The mother was not cooperative and was taken to a hospital for a mental health evaluation, police said.

"My partner and I went to try and engage her, contact her, talk to her see what was going on. We were able, with some additional resources on scene, get her stopped at about 12th and Market and get her into an ambulance and into a hospital for physical assessment and also address other issues," Kirby-Glatkowski said.

The woman and her child were taken to the hospital. Officers said the child appeared to be healthy.

Authorities said they were working to learn more about the woman and what led to her giving birth and walking way. The PPB’s Behavioral Health Unit has been in touch with her in the past, police said.