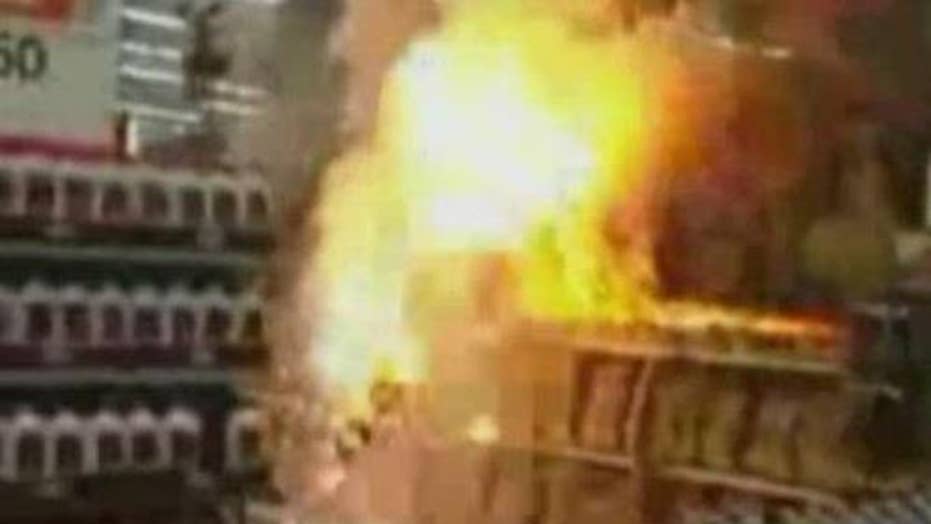 Explosion in aisle 5! Fireworks set off in Arizona Walmart

Authorities say a Walmart in west Phoenix was evacuated after a group of people set off fireworks inside the store.

The Phoenix Fire Department says the resulting flames were extinguished before spreading to a nearby display of charcoal, lighter fluid and propane.

Police were still looking for the arsonists Thursday morning. Fire investigators believe at least two men and one woman were involved in the Wednesday evening incident.

Fire Department spokesman Capt. Rob McDade says the fire left floor-to-ceiling layer of smoke inside the store. He says the building has extensive smoke and water damage and several employees were treated for respiratory issues at the scene.