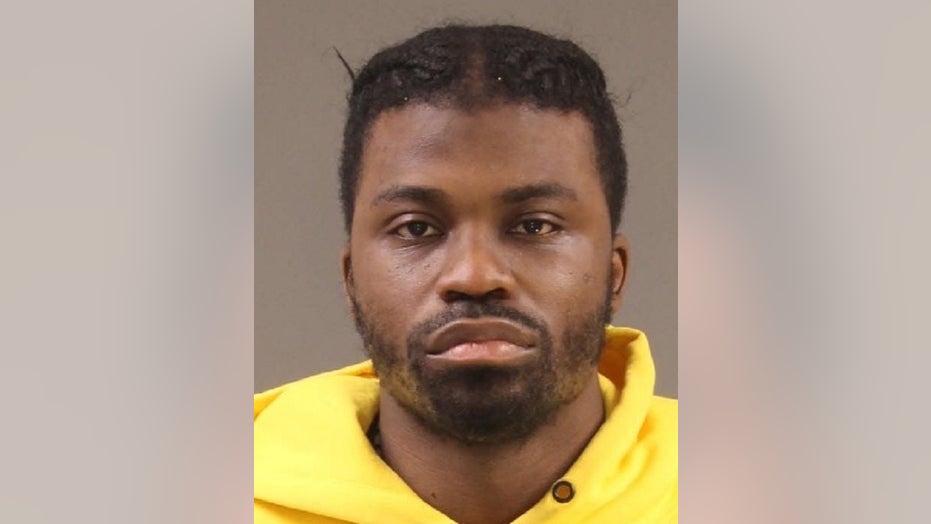 The alleged leader of a Philadelphia carjacking ring tied to two murders was arrested last week and could be linked to other incidents, authorities said Tuesday.

Jonathan Akubu, 28, was taken into custody Friday following a weeks-long crime spree, officials said. He is now charged with arson, conspiracy to commit carjacking, aggravated assault and with the Feb. 6 murder of George Briscella, a Marine Corps veteran and the son of a Philadelphia police officer, and the Feb. 12 killing of Aiah Gbessay.

"For all those who wish to sow chaos in our city, let today be a message that we simply cannot and will not accept these acts of violence," Mayor Jim Kenney said during a news conference.

Police officials said Akubu has several prior arrests for robbery, rape and aggravated assault. He is also suspected in carjackings outside of Philadelphia.

Investigators said they linked Briscella's murder with carjacking incidents on Feb. 4 and Feb. 2. In all three, two Toyota RAV 4s were stolen as well as a newer model Toyota Highlander. The same Toyota Camry was believed to be involved in the incidents, authorities said.

During that incident, a suspect shot a 42-year-old victim in the leg as he attempted to flee. On Feb. 12, authorities recovered Briscella’s stolen RAV4. Less than 12 hours later, Gbessay, 29, was killed and found in a parked SUV that had been reported stolen and was fully engulfed in flames.

A short distance away, a van owned by Gbessay was found on fire. Authorities believe the blaze was set intentionally.

In addition, 5.7 caliber cartridge casings found at the scene of Gbessay's murder matched casings from Briscella's death and the Jan. 27 carjacking. Investigators also matched .40 caliber casings and those related to a Feb.4 carjacking in which a woman was shot.

During a search of his Akubu's apartment, authorities found a handgun and AK-47 style rifle that had a tampered serial number, police said. The gun was stolen during an armed carjacking on Dec. 2. The victim in that incident was shot.

The weapon was matched to both deadly shootings, police said. Investigators believe other suspects worked Akubu and are involved in carjackings in King of Prussia and one in Millbourne, Pennsylvania.

Carjackings have been on the rise in Philadelphia. As of Tuesday, 203 were reported, nearly seven times as many in the same time frame in 2020, the Philadelphia Inquirer reported.