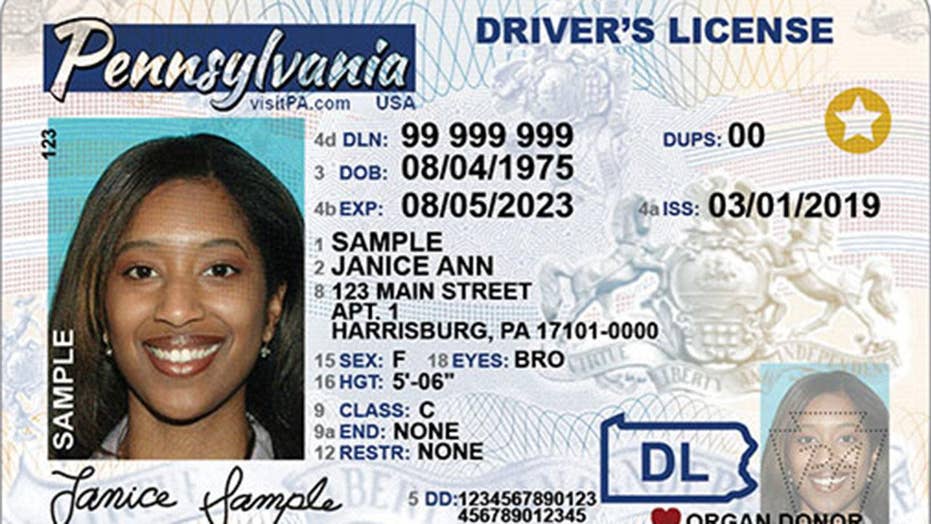 Pennsylvania moves to offer a gender-neutral option on state IDs

PHILADELPHIA – Last spring, Dexter Rose walked into a Philadelphia Driver and Photo License Center with a “Request for Gender Change” form. Handwritten on the form was a box with the single letter “X” scribbled in under gender.

Rose, a social worker, identifies as a trans-non-binary individual and prefers gender-neutral pronouns like “they/them/their” — for years she felt uncomfortable choosing between the male and female option on the state ID form.

“It didn’t feel very affirming to have to draw in the box, and then not know if PennDOT [Pennsylvania Department of Transportation] would honor the form,” said Rose. “The whole process was scary.”

Nearly one year later, the agency is expected to change its policy and drivers in the state will have three options when it comes to identifying themselves on their driver’s licenses and state IDs: male, female, and X.

Rose said the change is a big step forward and a victory for members of the LGBTQ community.

"This change will give people access, and that's important," said Rose.

According to Alexis Campbell, a spokesperson for PennDOT, the change comes in response to a growing number of residents asking for gender-neutral ID options and “national trends.”

BILLS TO CURTAIL LGBT RIGHTS ARE FAILING IN US LEGISLATURES

"PennDOT is glad to offer a license that is inclusive of everybody and can accurately reflect who they are," said Campbell.

Pennsylvania is part of a growing number of states that are allowing ID holders to choose their gender, or no gender, no matter what their birth certificate says.

Three years ago, no one in the U.S. was legally recognized as neither male or female. Today, seven states and Washington D.C. allow people to change their gender without a doctor's signature, and 13 states have a policy in place allowing drivers to obtain a gender-neutral marker on their driver's licenses and identification cards.

Most recently, New Hampshire passed a law creating a gender-neutral option for driver’s licenses, which will take effect in January. Republican Gov. Chris Sununu allowed the bill to become law without his signature on July 10.

In Pennsylvania, the Department of Transportation believes it can make the change without action by the General Assembly, said Campbell.

But there has been pushback by some conservative groups that say the change is impractical and ripe for abuse.

In Pennsylvania, the socially conservative Pennsylvania Family Institute said identification documents are legal documents, which should reflect objective facts, like biological sex. The group also objected to the fact that no documentation would be needed to prove gender identity.

“Proponents of the legislation provide no answers to the many practical questions it raises,” said Michael Geer, president of the Pennsylvania Family Institute, in a statement. “If our state starts discarding biological sex from our identity documents, it will impact law enforcement, insurances, and medical care.”

State Rep. Lynda Schlegel-Culver, also a Republican, said an immediate concern would be whether the change would create problems in complying with the federal REAL ID requirements.

But PennDOT officials insist this is a change that is long overdue.

TRAVELERS TO BE PROVIDED ‘NONBINARY’ GENDER OPTION BY SOME AIRLINES: REPORT

A National Center for Transgender Equality survey released in 2016, which included 28,000 transgender respondents, found 69 percent of Pennsylvanians said their IDs listed a gender that did not reflect their gender identity.

Of the Pennsylvanians who participated in the survey, 30 percent said they’d been verbally harassed, denied service or assaulted after they provided an ID that did not reflect the gender with which they identified.

"Everyone deserves to have something in their pocket that accurately shows who they are," said Campbell.

"It feels good to have identification the reflects who really am," Rose said.

The Pennsylvania Department of Transportation said that by spring 2020, motorists in the state who don’t want to disclose their gender will be able to place an “X” on their driver’s licenses instead of identifying themselves as male or female.