A fire that broke out at a Pennsylvania day care center on Sunday morning has killed five children, four of them siblings, and sent the owner to the hospital, police and the children's grandmother said.

The victims of the fire, which was reported at 1:12 a.m., were between the ages of eight months and seven years old, Erie Fire Chief Guy Santone said.

The grandmother of four of the victims, Valerie Lockett-Slupski, said her grandchildren, two boys and two girls, died. She added that the children had been staying at the day care because their parents were working overnight.

“So we are all at a loss, trying to figure out how this happened,” Lockett-Slupski told the Erie Times-News.

The circumstances surrounding the fifth child who died were unclear. 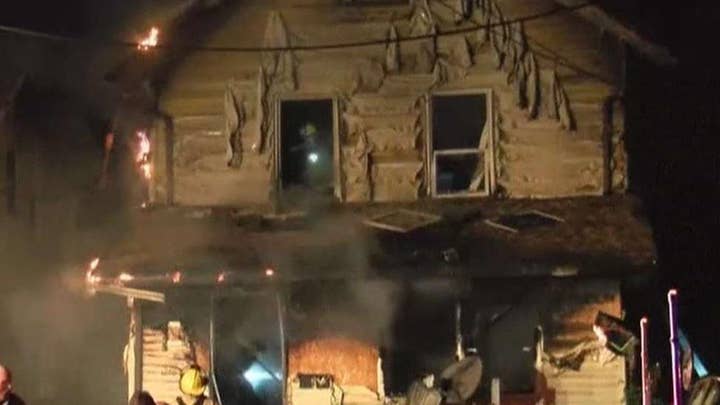 The fire broke out at Harris Family Day Care, in west Erie, according to information from the Pennsylvania Department of Human Services website and the Erie Times-News. It was listed as a 24-hour day care which was last inspected on Dec. 28.

The owner of the day care, Elaine Harris, reportedly was rushed to UPMC Mercy for treatment.

Two other children, 17 and 12, escaped by climbing on a roof and jumping to the ground and other children were rescued by Erie firefighters, the report added.

Erie's two fire inspectors and three police detectives were investigating the cause of the fire, which triggered major structural damage to the three-story building, according to the paper.

Erie police said they learned from the hospital that Harris was in stable condition.