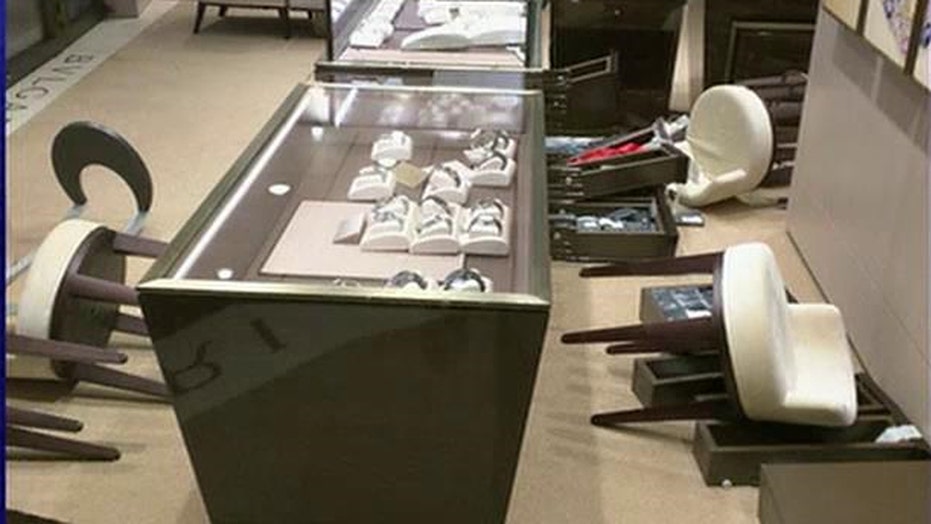 A cruise ship that was thrashed in a major storm on the Atlantic Ocean returned to its home port in New Jersey Wednesday.

Royal Caribbean’s Anthem of the Seas docked at Bayonne’s Cape Liberty shortly after 9 p.m. as its passengers cheered. It was escorted by two tugboats and a Coast Guard vessel.

Cheryl Howard, of Woodbridge, New Jersey, was one of the 4,500 passengers on board the ship when it departed Saturday on a seven-day cruise to the Bahamas. Howard recounted her misery as the vessel sailed into the middle of a major wind storm Sunday.

“The first day was great. The second day we were watching a musical and everything started sliding. All I can remember is glass shattering everywhere and it was very scary to hear the glass,” Howard told NJ.com.

Howard said she and the other passengers aboard the ship stayed in their rooms during the storm, but gave credit to the crew for maintaining communication during the harrowing experience.

“I was on the sixth deck and waves were coming over my balcony. It was very scary,” she said.

Alison Crowley of Manasquan, New Jersey, who was traveling with her four children and her parents, described the situation as "pretty scary." But she said, "The captain did a great job for what he had to deal with."

Feb. 10, 2016: assengers from the Royal Caribbean cruise ship, Anthem of the Seas, exit the terminal after arriving at Cape Liberty cruise port in Bayonne, N.J. (AP)

Wendy and Ann Muckell, of New York, told NJ.com that sewage was coming up through their toilet and a minibar spilled out onto the cabin floor. However, Ann gave credit to the captain for pulling through, despite sharing criticism for even going into the storm.

“The captain, he turned the ship around in the middle of the storm so that the nose was headed into the wind, because that’s the only wave we could’ve made it,” Ann Muckell said.

Gerald Rogers of Allentown, Pennsylvania, was taking his first cruise with his family. He said it was a "pretty traumatic experience" for those aboard the ship.

"It was really leaning and the water kept coming above our window," Rogers said. "It looked like we were in an aquarium looking out."

Royal Caribbean apologized in a statement, but maintained that the storm the ship sailed into was unexpectedly strong.

"Our ship and our crew performed very well to keep everyone safe during severe weather. Of more than 6,000 people on board, only four minor injuries were reported. Despite that fact, the event, exceptional as it was, identified gaps in our planning system that we are addressing. Though that system has performed well through many instances of severe weather around the world, what happened this week showed that we need to do better," the cruise line said in a statement.

Passengers will get a full refund and a certificate toward 50 percent off a future cruise.