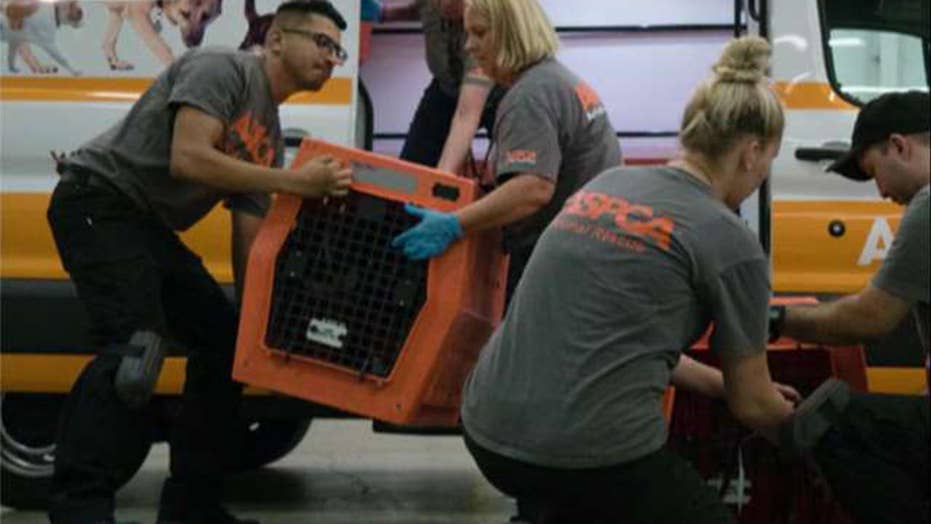 Those who abandoned their pets as Hurricane Irma barreled down on the Florida Peninsula could face criminal charges for doing so.

Animal Care and Control officers in Palm Beach County have found and rescued up to 40 dogs in the in the days before the storm made landfall. Many of them were left tied to poles or in outside pens, officials said to the New York Post.

“There is absolutely no excuse for doing that,” agency Director Dianne Sauve said to the newspaper.

Both Sauve and Palm Beach County’s state prosecutor, Dave Aronberg say that they intend to file felony prosecutions against those who may have left these dogs out in the storm.

“This is a prime example of animal cruelty,” Aronberg said. “We will find you, and we will prosecute you.”

Animal Care and Control also took in another 40 cats and dogs who were relinquished by their owners. While it’s more common during storms, the number of surrenders was higher in the lead up to Irma.

"These are things that are not unexpected during a situation like this," Sauve said to USA Today, adding there are two pet-friendly shelters in Palm Beach County. "It's always disappointing. Our goal is to keep pets and people together."

Willingly giving up your pet in Palm Beach County means you give up ownership and therefore cannot get the pet back after the storm passes.

"I feel torn about that at times," she said, "but we're not a boarding facility."