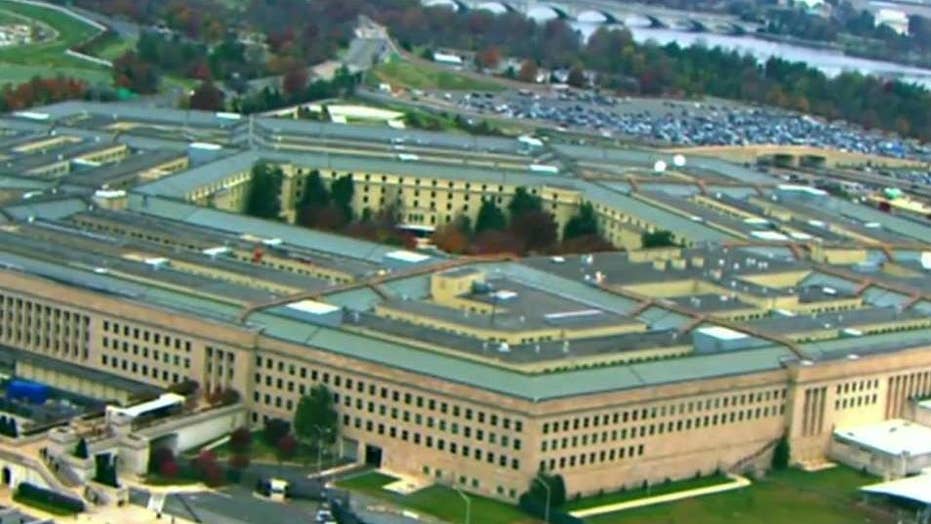 Authorities at the Pentagon found at least two packages suspected of containing ricin, a spokesman said Tuesday, with the news coming amid a scare at Sen. Ted Cruz's office in Houston involving a "white powdery substance" that turned out to not be hazardous.

The packages never made their way into the Pentagon, but were flagged in a mail delivery building next door on Monday, the spokesman said. Initial tests were positive for ricin, a poison made from castor beans, but the FBI is now doing analysis to make final determinations.

Late Tuesday, the U.S. Secret Service said it had received a "suspicious envelope" addressed to President Trump the day before. The agency said the envelope "was not received at the White House, nor did it ever enter the White House."

The Secret Service declined to comment further, except to say it was "working jointly with our law enforcement partners to fully investigate this matter."

Word of the incidents in the Washington area came as authorities said two people were taken to the hospital after being exposed to a "white powdery substance" at Sen. Ted Cruz's office in Houston. The Houston Fire Department said on Twitter that the entire 9th floor of the Phoenix Tower was evacuated before all tests came back negative for any hazardous substance. An official for the Republican told Fox News authorities did not "yet know what was the substance."

Two people were initially taken to the hospital after apparently being exposed to a white powdery substance at Senator Ted Cruz's office in Houston. (Fox 26)

Ricin is a poison that can take several different forms, but as a purified powder it can be deadly. It's also one of the easiest poisons to manufacture.

According to the Centers for Disease Control and Prevention, if it is made into a partially purified material or refined, ricin can be used as a weapon capable of causing death under certain circumstances.

The CDC notes that it would take "a deliberate act to make ricin and use it to poison people."

"Unintentional exposure to ricin is highly unlikely, except through the ingestion of castor beans," the CDC says.

At least two packages sent to the Pentagon are suspected of containing ricin, a Pentagon spokesman confirmed to Fox News. (iStock)

Notable Ricin poisonings include the deadly poisoning of Georgi Markov, a Bulgarian writer and journalist who was living in London in 1978. Markov died after he was  attacked by a man with an umbrella that had been rigged to inject a poison ricin pellet under Markov’s skin.

"Ricin poisoning is not contagious," the CDC says. "Ricin-associated illness cannot be spread from person to person through casual contact. However, if you come into contact with someone who has ricin on their body or clothes, you could become exposed to it."

In June, a Wisconsin mom was accused of spreading ISIS propaganda online -- including directing one person how to make ricin and how to deploy it at a government facility or water reservoir. That same month, an Islamic extremist ricin attack planned for Germany was foiled.

Earlier this year, a man from Washington state was arrested in connection with the series of packages containing explosive materials found at military bases in the greater Washington, D.C., area

Cong Phan, 43, Phan faces 10 years in prison and a $250,000 fine for that incident. Law enforcement officials described him as emotionally disturbed and no stranger to federal and local authorities. He had written to many government agencies in the past, including members of Congress.