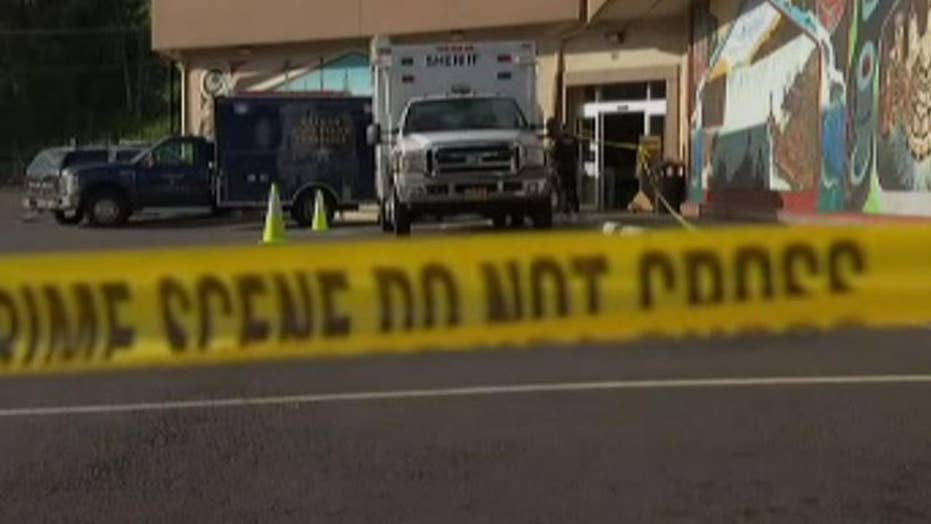 An Oregon man accused of stabbing a worker inside a grocery store on Sunday is believed to be linked to a woman's murder nearby, officials said.

The man entered the Estacada store Sunday afternoon drenched in blood while holding what appeared to be a human head and a knife, witnesses said. He then proceeded to stab a store employee before other workers joined together to pin him down until authorities could take him into custody, Fox 12 reported.

Around 2:35 p.m., approximately 20 minutes after the stabbing at the store, a 911 caller reported the discovery of a woman who appeared to be dead inside the Colton home. Deputies now say that the incident was linked to the stabbing.

The suspect was taken into custody at the store and was brought to a hospital for evaluation.

“We saw panicking people rushing for their vehicles, vehicles trying to get out all at one time,” one witness at the store told KOIN.

Even after being arrested, the suspect’s car remained running with its windshield wipers still on.

The employee who was stabbed was airlifted to a hospital in critical condition, the Estacada Fire Department said. Despite the connection in incidents, deputies said that there is no outstanding threat to the public.