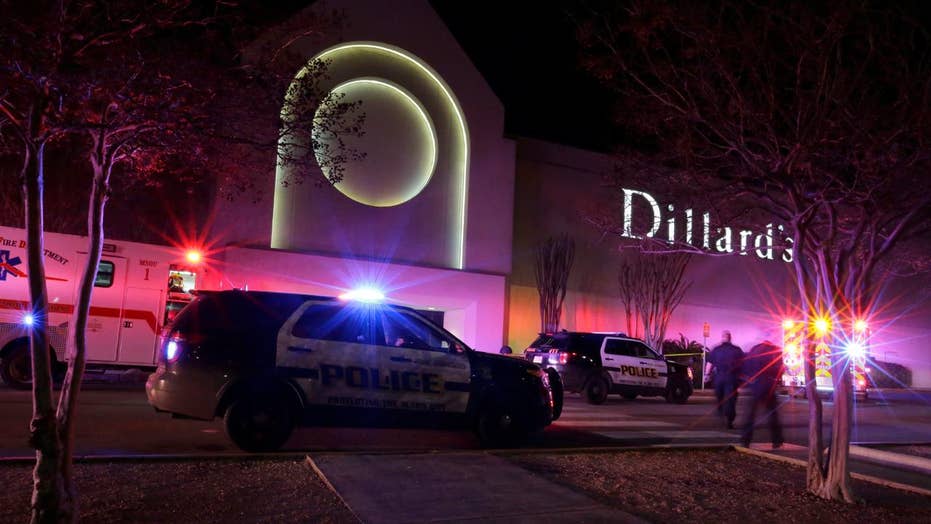 A Good Samaritan was shot and killed trying to prevent a jewelry store robbery at a San Antonio mall Sunday afternoon and five others were hospitalized, local police said.

Investigators say two men attempted to rob a Kay Jewelers store in the mall, which is located northeast of downtown San Antonio. As the suspects tried to get away, they ran into two bystanders.

McManus said one of the men who tried to intervene was shot and killed. The other Good Samaritan, who had a concealed carry permit, shot one of the suspects.

Investigators identified the man who died as 42-year-old retired Marine Jonathan Murphy, Fox 29 reported. He and his wife were at the jewelry store getting their wedding rings cleaned, according to his stepdaughter's boyfriend, who set up a GoFundMe page for the Murphy family.

"Jon loved Harleys, the Marine Corps, and being a good man, but over everything else I believe he loved his wife and family," Chris Cercone wrote.

The other suspect managed to escape the mall, firing at bystanders as he went. Police said later Sunday that the second suspect was arrested.

The robbery suspect was rushed to a local hospital in critical condition, Fox 29 added. Two other shooting victims also were taken to a hospital, as was a woman who complained of chest pains and a pregnant woman who went into labor. There was no immediate word on any of their conditions.

McManus said the mall was placed on lockdown after the shooting and officers were escorting people out of the stores one by one.