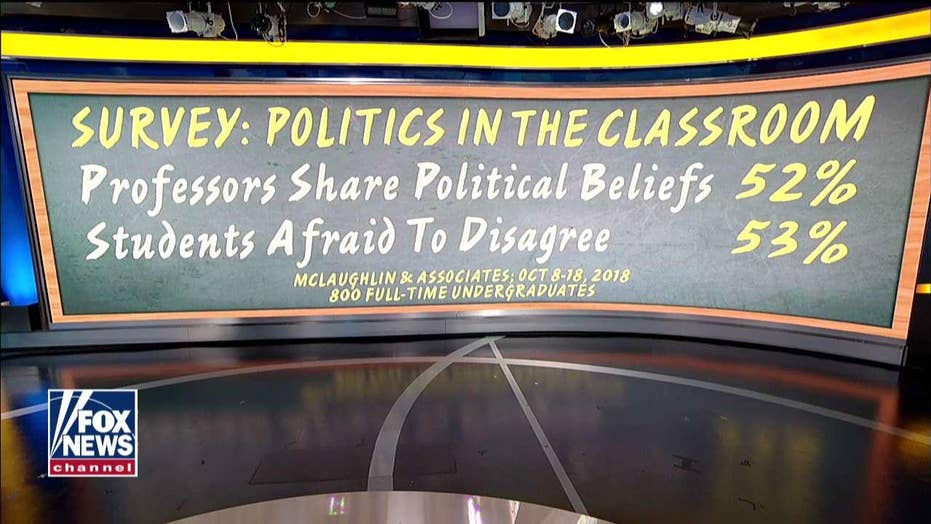 The majority of college students favor banning speakers who use "hate speech", with a third justifying the use of violence to prevent such rhetoric from happening, a new survey has found.

The Foundation for Individual Rights in Education (FIRE) argues so-called “hate speech” is inherently subjective and impossible to define, leading to many problems on campuses.

“There is no consensus as to what qualifies as ‘hate speech,’ leading to vaguely-worded speech codes that can be applied to virtually all forms of political expression protected under First Amendment standards,” Zach Greenberg, FIRE’s Individual Rights Defense Program officer, told Fox News. “FIRE believes that college students have the courage and the intellect to eschew violence and confront hateful speech with more speech.”

But James Freeman, the assistant editor of the The Wall Street Journal Editorial Page, told “Fox & Friends” that there is a fear for both students and professors at colleges to speak out, even though the survey found a majority of students said their professors share their political beliefs in the classroom when it has nothing to do with the subject at hand.

A majority of students, 53%, say they feel “intimidated” to share their ideas, opinions, or beliefs in the classroom because they are not the same as their professors, while a slightly larger majority fears expressing themselves because of differences of opinion with classmates.

It’s a growing trend on campus, according to Charlie Kirk, the founder and president of Turning Point USA, an organization that mobilizes conservative college students on campus to defend their ideas and has seen significant pushback.

“College campuses are not safe for conservatives or Trump-supporting students," Kirk told Fox News. “The left has become increasingly violent and intolerant towards other views.”