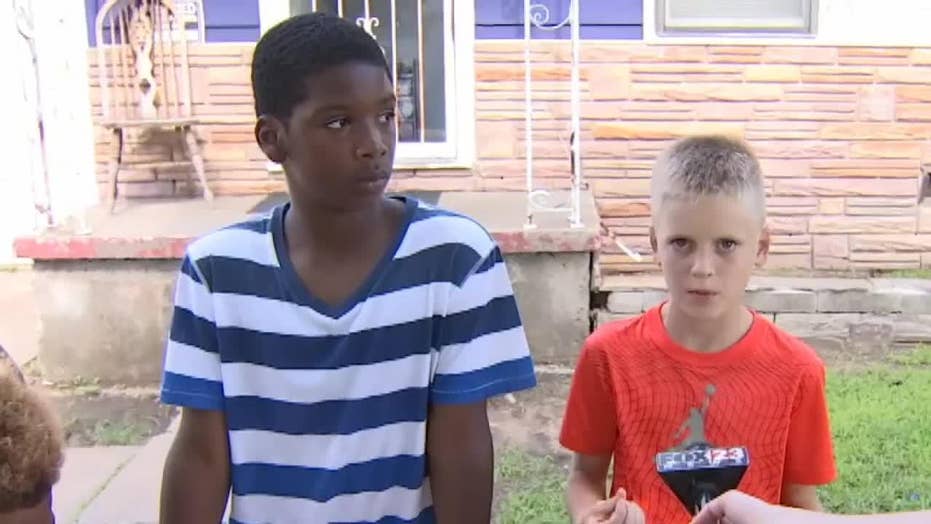 Boys working to create a safe space have money from stolen, vow to keep going.

A group of boys in Oklahoma who turned lemons into lemonade (literally) ended up back with lemons (figuratively) when their entrepreneurial beverage business was reportedly robbed by a man who made off with all their hard-earned cash.

The Tulsa Police Department said the incident happened Tuesday afternoon as the group was outside braving the afternoon heat in service to their shared venture.

But suddenly, they say a man driving a brown Chevy SUV pulled up, grabbed the cash from the stand, got back in his vehicle and sped away, officials told FOX23.

Besides taking about $100 worth of cash the boys had raised from selling drinks and mowing lawns over the course of several days, the man also made off with a phone belonging to one of the boys.

9-year-old robbed at gunpoint at his lemonade stand

9-year-old robbed at gunpoint by a teenager at his North Carolina lemonade stand.

“As long as we’re OK, it’s good. But we’re all depressed that it happened,” Isaiah, one of the boys running the stand, told FOX23.

The boys, ages 9 to 13, were trying to raise enough money to help transform one of their garages into a hang-out spot.

“I’m very upset that someone would steal from young men trying to do something for themselves,” parent Destiny Johnson told FOX23.

While they're still stinging from the setback, the boys said they were determined to get their business back on its feet. The group has already started collecting donations -- and learning tough lessons,

"We need to work together to make smart choices, not to leave the money out," one of the boys said.