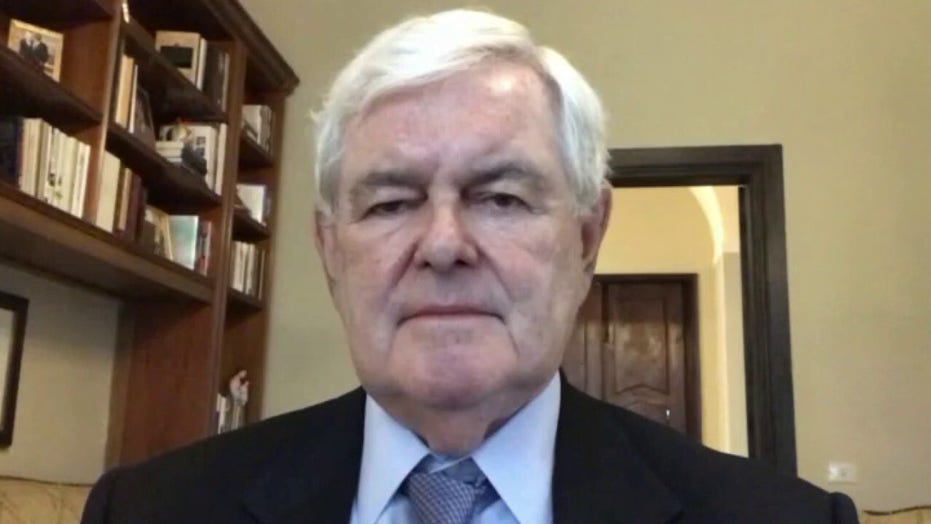 Two teenagers are the latest to face terrorism charges after allegedly helping to break in the windows of an Oklahoma City bail bonds business in late May during the civil unrest that swept the nation in the wake of the death of George Floyd in police custody in Minneapolis.

Several dozen protesters conducted a sit-in at the office of Oklahoma County District Attorney David Prater on Monday to demand that he drop the terrorism charges and resign. But Prater maintained last week that those who incite violence in the streets are “criminals” who “have subverted peaceful protests and impaired the open discussion regarding race in our country.”

“When you employ these tactics for a political purpose, you are a terrorist,” he said.

ANTI-COP 'MOB' SWARMS BACK THE BLUE EVENT IN DENVER, BLOODYING SEVERAL BEFORE SHUTTING THINGS DOWN: REPORTS

Prater also accused Black Lives Matter protestors of trying to intimidate him and law enforcement and of defending “criminals who are violent, exploitive and unscrupulous.”

The district attorney said: “It is my job to protect innocent citizens and their property and I will continue to do it to the best of my ability.”

Protestors are escorted out of the office of Oklahoma County District Attorney David Prater in handcuffs at closing time, after staging a sit-in and refusing to leave, Monday, July 20, 2020, in Oklahoma City.  (AP)

The local chapter of Black Lives Matter criticized Prater for bringing the terrorism charges against “protesters,” especially in Oklahoma City, where a “white supremacist terrorist attack” killed at least 168 people and injured hundreds more on April 19, 1995. The bombing was the worst terrorist attack to take place on U.S. soil until that on the World Trade Center in New York City on September 11, 2001.

“To conflate acts of vandalism against property with acts of terrorist violence against human beings is a moral and legal equivocation without compare,” its petition on Change.org said. “It is an insult to survivors of terrorism and it is a sacrilege to its victims. Please join us in condemning these charges and demanding that [Oklahoma County] District Attorney David Prater dismiss them without delay.”

Haley Lin Crawford and Sydney Lynch, who both turned 18 within the past month, were charged last week with acting with a large crowd to unlawfully break the windows of CJ's Bail Bonds in Oklahoma City on May 30, the Oklahoman reported. The charges came after investigators identified the two young women using Facebook Live video streamed by other demonstrators and tips to CrimeStoppers.

An anonymous article posted on Medium.com on Tuesday said Prater “chose to charge those demonstrating their First Amendment Constitutional rights with terrorism.”

“These charges carry a $1 million bond, meaning innocent Oklahomans are left to suffer in Oklahoma County Jail, which is routinely ranked as one of the worst jails in the nation,” the post said. “Prater even arrested a child on their 18th birthday — and is awaiting the 18th birthday of additional demonstrators to throw into jail.”

At least three others had been charged with terrorism after the May 30 incident.

Isael Antonio Ortiz, 21, of Welch, was indicted on two terrorism counts for allegedly first setting fire to an Oklahoma County sheriff’s van before then trying to burn down CJ's Bail Bonds, the Oklahoman reported. Eric Christopher Ruffin, 26, of Oklahoma City, was charged with terrorism and accused of encouraging “wanton destruction” by recording himself helping Ortiz set the sheriff’s van ablaze.

Malachai Davis, 18, of Edmond, was also charged with terrorism after investigators identified him on Facebook Live footage breaking the window of CJ Bail Bond’s using what appeared to be brass knuckles. His attorney, David McKenzie, called the charges against his client ironic given Davis’ own father died in the terrorist attack on the World Trade Center in 2001.

“It is concerning and bewildering that this organization has chosen to defend criminals who are violent, exploitive and unscrupulous,” Prater said in a lengthy statement last week, referring to Black Lives Matter.

“These criminals have subverted peaceful protests and impaired the open discussion regarding race in our country,” he continued, according to KFOR. “These criminals are diabolic and strategic in their use of tactics historically employed by terrorists throughout the world; namely, targeting innocent citizens with violence and the threat of violence, intimidation, the dissemination of propaganda to disrupt societal and communal relationships and using peaceful protestors as human shields.

“When you employ these tactics for a political purpose, you are a terrorist,” Prater said. “No individual or organization will intimidate me or law enforcement from protecting those we serve by aggressively enforcing and prosecuting the law. When you act like a terrorist, you will be treated like a terrorist. All innocent citizens of Oklahoma County deserve to be protected. The citizens of Oklahoma County have a legal and constitutional right to personal safety and the protection of their property. It is my job to protect innocent citizens and their property and I will continue to do it to the best of my ability.”

Several dozen protesters on Monday marched from a downtown Oklahoma City park to the courthouse, where several demanded to meet with Prater and asked for his resignation. Those conducting the sit-in were arrested on trespassing complaints after they refused to leave when the building closed at 5 p.m., said Oklahoma County Sheriff's Department Capt. Charles Avery.

They want Prater to reopen his investigation into the April 2019 shooting death of 17-year-old Isaiah Mark Lewis by police in the Oklahoma City suburb of Edmond. They also want Prater to drop charges against some protesters who were charged with various crimes during demonstrations in late May against police brutality and racism, according to the Associated Press.