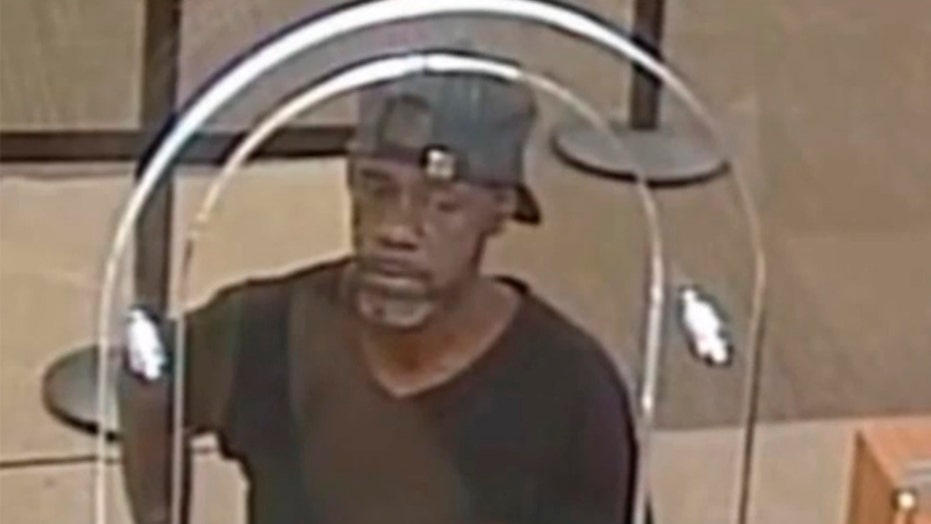 Tip for aspiring bank robbers: Don't use your real name on the slip of paper you're using to demand other people's money.

Michael Harrell, 54, allegedly tried ordering a teller to hand over the cash from a U.S. Bank location in Cleveland around 11 a.m. Monday, according to the FBI.

MAN ON HORSEBACK ARRESTED AFTER BURGLARIZING HOME IN FLORIDA

Michael Harrell, 54, allegedly robbed a U.S. Bank in Cleveland, Ohio, on Monday morning, the FBI said. (Cleveland Division of the FBI via WJW)

He's accused of passing a note to the teller — but the note was written on the back of a document from the Ohio Bureau of Motor Vehicles...complete with the alleged crook's full name and address.

"When the teller took the note, and looked at it and looked at the other side, she saw his name. He had used a note that he had used earlier at the BMV and it had his name on it,” said Special Agent Vicki Anderson, of the FBI's Cleveland field office, told WJW.

The bank teller at U.S. Bank in Cleveland reportedly referred to the alleged thief by his first name. (Google)

The teller referred to Harrell by his name and gave him an unknown amount of money before calling 911, Anderson said. Investigators reportedly confirmed Harrell's identity on security cameras and issued a warrant for his arrest.

Anderson said Harrell isn't the first person to allegedly incriminate themselves during a crime.

“We've had individuals drop cell phones that have all their identifying information in it,” the special agent said. "A lot of times, we're sending out pictures, we have no idea who this person could be or what part of town they could be from. And when you present a note that has your name already on it, and address, it helps law enforcement tremendously."

Despite the head start, authorities haven't yet taken Harrell into custody.