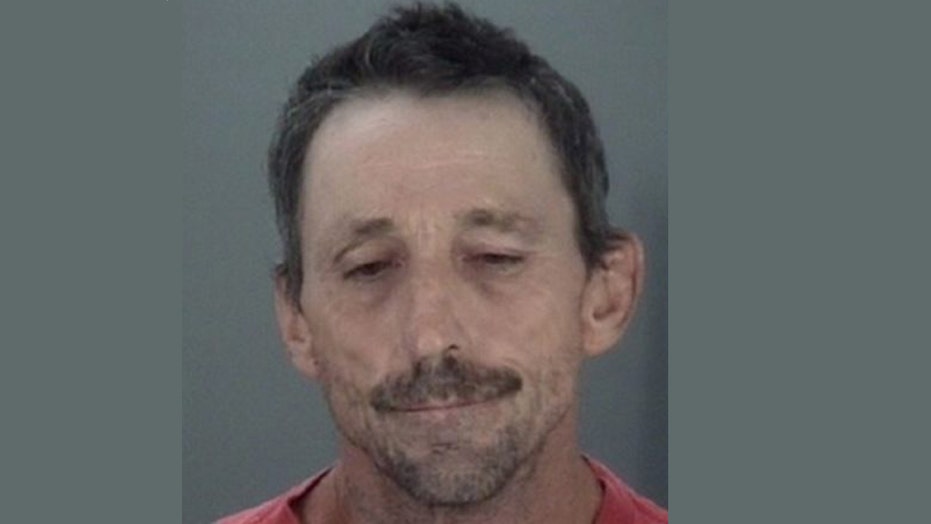 A Florida man was arrested on charges of burglary of a dwelling after he rode a horse to break into a home, according to the Pasco County Sheriff's Office.

Florida man, Lonnie Maddox, 52, was arrested on charges of burglary of a dwelling after he rode a horse to break into a home in New Port Richey, Florida (Lonnie Maddox Pasco County Sheriff's Office)

Footage showed Maddox opening a screened porch and attempting to get in the padlocked front door. He eventually gave up and tried entering through a back window, breaking it and causing $100 worth of damages, according to the Tampa Bay Times.

Soon after, Ferguson noticed Maddox on his security camera and called the local sheriff's office. Before officers arrived at the property, the horse wandered away and was separated from Maddox.

"Who takes a getaway horse to a robbery?" Ferguson told the Tampa Bay Times.

When officers arrived on the scene, Maddox walked toward them and asked if they had seen a horse. The deputies subsequently interrogated Maddox, where they wrote in their report that his priority was finding Angel.

"It's mine, [the horse] I've been trying to get to it, Maddox told the officers.

Angel was discovered about 2 miles away from the scene of the crime on Key Lime Drive in New Port Richey. Police say the horse was eventually returned to its owner, who was not Maddox.

During that time, police talked with some of the neighbors and fed Angel some animal crackers that were in the squad car.

When asked what he was doing at the location, Maddox told the officers Angel got lost and he had gone to get her, according to the arrest report. When they informed him of the security footage, he said he wanted to see the inside because he was planning to rent it.

Police later determined Maddox had a criminal history and had previously been found guilty of domestic battery, drug possession and car theft.