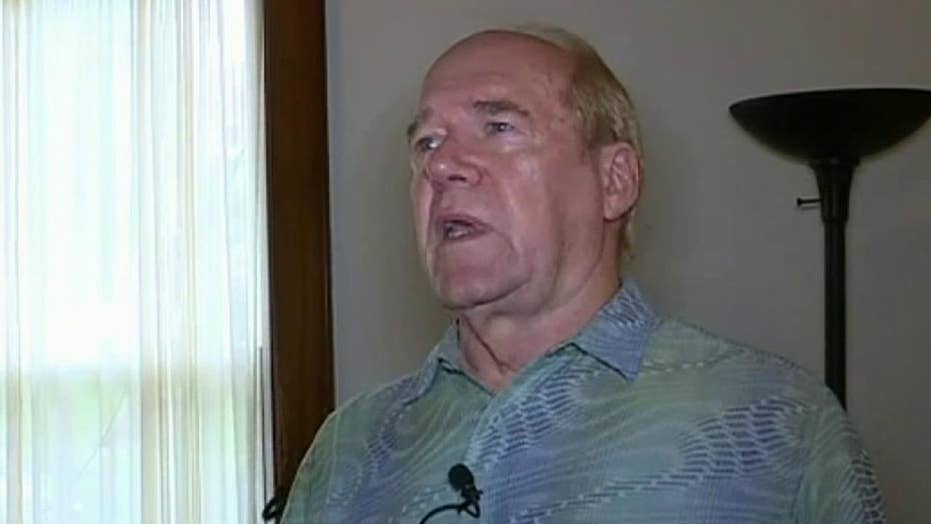 Ohio man speaks with the press after defending his home.

An Ohio grandfather with a loaded gun stopped a burglar who broke into his home on Tuesday, according to a local report.

Daniel McGown, 73, said he found an intruder in his Akron home and held him at gunpoint until police arrived.

Daniel McGown, 73, said he found the man in his Akron home on Tuesday morning and held him at gunpoint until police arrived. (WEWS-TV)

McGown, a retired attorney, said he heard someone ring his doorbell several times around 5:15 a.m., then heard someone yelling from inside his house soon after.

McGown said he grabbed his 9mm pistol from under his pillow and found a man, identified by investigators as Thomas Gaffney, 51, in his living room.

Daniel McGown, 73, said he grabbed his 9mm pistol from under his pillow and found a man, identified as Thomas Gaffney, 51, of Akron, in his living room. (Summit County Jail)

"I pointed the pistol at him and said, 'If you don't move, I won't shoot you,’” McGown said. He then realized he'd left his cellphone upstairs so he ordered Gaffney to walk up to the bedroom with him.

"I told him to get down on his knees in front of the bed and lay down on it with his arms out, and I called the police and they showed up, and there he was."

McGown told WEWS his house had been broken into a few days earlier, when he was out of town. He said Guns, ammunition and laptops were stolen and disassembled televisions were left behind.

Akron police said they were investigating whether Gaffney was connected to the first burglary.

"If he had reached his hand towards a pocket or something where I thought that he might have had one of the guns that went away last night or the night before, then I might have been tempted to do that," said McGown, who reportedly has a concealed-carry permit.

"My home was being violated and here was a guy doing it in my presence," he added. "Here's the guy, and I just wanted to make him stop doing that."

Gaffney has been charged with burglary and possession of drug paraphernalia.