Police cam footage shows an officer in Atlanta retrieving stolen Amazon packages, drugs and a firearm from a Tesla early in the morning.

U.S. Customs and Border Protection (CBP) officers in Cincinnati have seized more than $1 million worth of cocaine and methamphetamine headed for destinations around the world.

The first discovery came on Oct. 17 when CBP Narcotics Detector Dog (NDD) "Bico" alerted agents to a socket set en route from California to New Zealand. Officers inspected the shipment and found the casing around the tools had been hollowed out and filled with methamphetamine.

Cocaine sewn into the lining of this lead apron. (CBP)

On Oct. 25, officers held an Australian-bound shipment of tea sets that inside two suitcases lined with felt. Under the felt were blue corrugated inserts taped closed and leaking white powder that later tested positive for methamphetamine, CBP said.

On Oct. 26, CBP NDD "Betty" alerted officers to a shipment of racing jackets that had come from Canada and were headed to Australia. Within the lining of the jackets, officers found thin plastic packets of cocaine. Not long after, officers inspected another Australian-bound shipment containing a cosmetic machine concealing cocaine.

On the following shift, CBP NDD "Otos" alerted officers to yet another Australian-bound shipment containing a marble chessboard. Concealed inside the base was a cavity filled with cocaine, CBP said.

MEXICAN AND AMERICAN AUTHORITIES COMBINE FOR HUGE BUSTS OF COCAINE, FENTANYL AND METH DESTINED FOR US

On October 28, officers inspected a shipment headed for Italy. The shipment contained children’s book and puzzle boxes in which were tucked away "white crystals." CBP said these later tested positive for methamphetamine.

Later that day, officers discovered cocaine packed inside the walls of a speaker amplifier in a shipment headed to Hong Kong from Barbados.

The next week, "Bico" tipped off officers to a lead apron filled with black tape-wrapped packages of cocaine in vacuum-sealed bags. 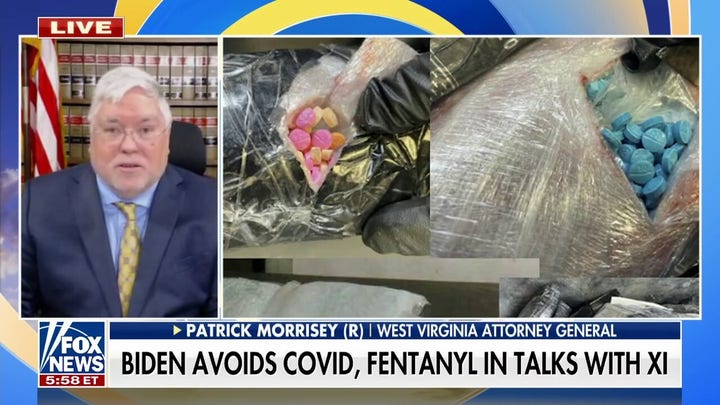 Altogether, the seized narcotics included around 74 pounds of cocaine and 24 pounds of methamphetamine, which a U.S. street value of up to $1.2 million, CBP said.