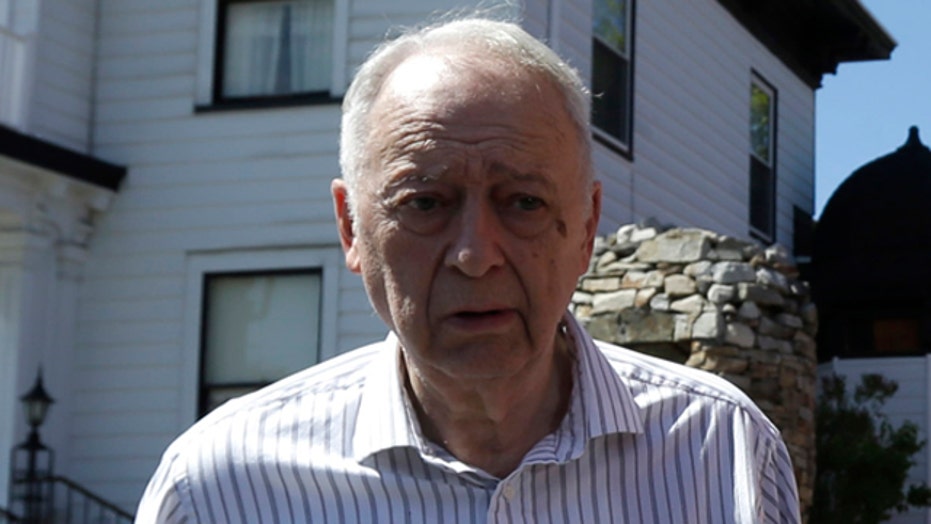 A Massachusetts funeral director is having trouble finding a burial location for the body of the Boston Marathon bombing suspect who was killed in a gun battle with police, despite more than a hundred offers from across the U.S. and Canada.

Worcester funeral home director Peter Stefan told the Associated Press Monday he has received 120 burial offers for the body of Tamerlan Tsarnaev in various cities, but when he talked to officials in the cities and towns where the graves are located, nobody wanted the body there.

An employee at the funeral home also told Fox News Monday that Tsarnaev's mother has expressed interest in sending his body to Russia.

Joseph Gliniecki, of Graham Putnam & Mahoney Funeral Parlors, said Monday that the funeral home is “exploring that as an option" and would have to file necessary paperwork with the Russian Embassy in the U.S.

He said the decision on the body will be up to the family, but added that the mother would like to send it back to Russia for burial “if at all possible.”

"Everyone wants him sent back to Russia," Stefan said, according to NBC News.

Stefan said when he made follow-up calls on all the grave offers, he got the same result each time.

"It's not only Massachusetts that doesn't want him," Stefan said. "Nobody wants him. And all these people who have donated graves, I've made some calls and said to somebody in the cities and towns where the graves were, `Hey, we would like to bury the guy there that was part of the marathon bombing."'

He said the response was often the same: "You're not gonna do that here."

He said he received an offer from a Texas truck driver who didn't want anybody to know that the body would be in the plot he'd be donating, but the outcome was the same.

Additionally, the founder of the organization that built Colorado's largest mosque, which operates independently, tells Fox News that if there is no one willing to "perform the actual physical burial," he would be willing to do so.

Al-Shaikh Abu Omar Almubarac says that he has performed traditional Muslim burials for men, women, children and infants for about twenty years, and calls any Muslim who would refuse to do so for a fellow Muslim "so-called Muslims."

"As a Muslim I have a responsibility to bury the deceased as commanded by the Almighty," he said.

Stefan told the Associated Press he was not aware of Almubarac's offer, but said he might pursue it.

Stefan said he plans to ask for a burial in the city of Cambridge, where Tsarnaev lived, but Cambridge City Manager Robert Healy urged the Tsarnaev family not to make a request.

"The difficult and stressful efforts of the citizens of the City of Cambridge to return to a peaceful life would be adversely impacted by the turmoil, protests, and wide spread media presence at such an interment," Healy said in a statement on Sunday.

The Tsarnaev brothers are accused of carrying out the Boston bombings using pressure cookers packed with explosives, nails, ball bearings and metal shards. The attack killed three people and injured more than 260 others near the marathon's finish line.

Dzhokhar Tsarnaev was captured and remains in a prison hospital. He has been charged with using a weapon of mass destruction and faces a potential death sentence if convicted.

Tamerlan Tsarnaev's uncle, Ruslan Tsarni, of Montgomery Village, Md., and three of his friends met with Stefan on Sunday to wash and shroud Tsarnaev's body according to Muslim tradition.

Tsarni told reporters that he is arranging for Tsarnaev's burial because religion and tradition call for his nephew to be buried. He would like him buried in Massachusetts because he's lived in the state for the last decade, he said.

"I'm dealing with logistics. A dead person must be buried," he said.

He said he was grateful to Stefan for agreeing to arrange the burial and to his friends for accompanying him to Massachusetts to aid with the funeral.

"These are my friends who feel for me ... as I do understand no one wants to associate their names with such evil events," he said.

Fox News' Corbett Riner and The Associated Press contributed to this report.